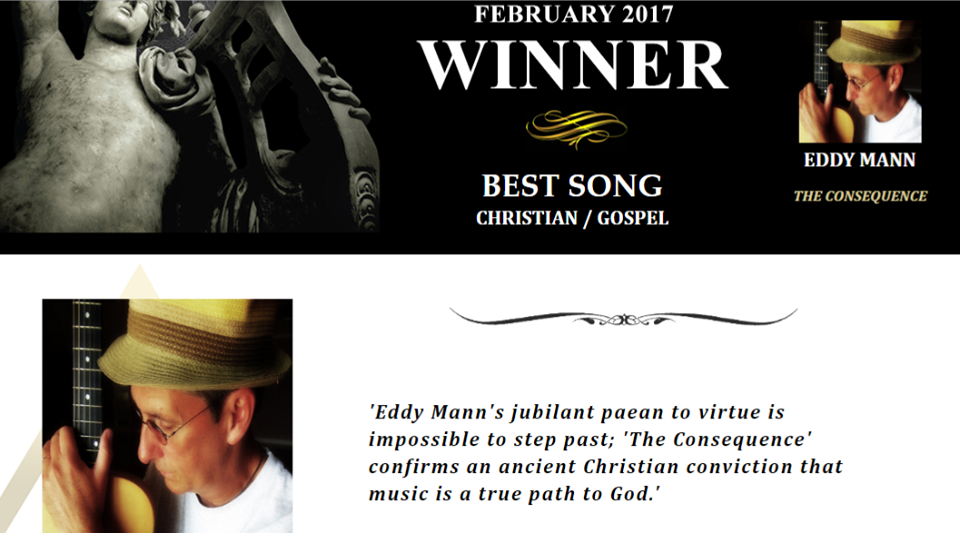 MTS Management Group is pleased to announce Eddy Mann and Madelyn Victoria are winners in the February 2017 Akademia Awards. Mann, an inspirational singer-songwriter from Philadelphia, won for Best Christian/Gospel Song, “The Consequence.” Madelyn Victoria, a Harlingen, Texas, country singer-songwriter, won for Best Country Song, “Wild Ride.”  She is a previous Akademia Award winner for Best Country Song, “He Only Loves Me on the Dance Floor.” This is the first win for Mann.

Akademia Award Winners are determined by the general voting process held by an expert panel of six judges, who are all former senior executives and industry veterans, from some of the largest record companies. Past winners include country rocker, Chase Allan; Grammy Winner, Ricky Kej; and Music Row-charting Swedish artist, Hicks. 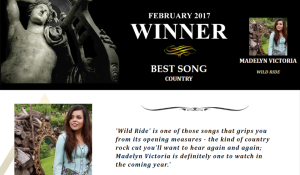 “I am so proud of both Eddy and Madelyn,” said Michael Stover of MTS Management Group. “Both artists are extremely talented and driven, and to have them recognized by leaders in the industry is a tremendous and well-deserved honor.”

Watch a video for “Wild Ride” by Madelyn Victoria at https://www.youtube.com/watch?v=88HOScEY6GE.

ABOUT AKADEMIA AWARDS: Located in Los Angeles, California, The Akademia Music Awards is dedicated to recognizing excellence in music throughout the world and supporting musicians interested in receiving a higher degree of market exposure and professional recognition for their work.www.theakademia.com

ABOUT EDDY MANN: A worship leader for fifteen years, it was twenty years ago that Philadelphia’s Eddy Mann made the decision to offer his creative gifts to God. Since then he’s released eight CDs and written countless songs for the church and world at large. A tireless and in-demand performer, Eddy performs a rigororous schedule of intimate coffeehouse sets, concert events, conferences, and worship services. Eddy has received coverage by major music publications, and his music has charted on national airplay charts. Mann is currently on tour, and a winner at the 2016 International Music and Entertainment Association Awards and the Kindred Awards. For more information about Eddy Mann, visit http://www.eddymann.com.

ABOUT MADELYN VICTORIA: Madelyn Victoria is a chart-topping, award-winning vocalist, singer/songwriter and pageant veteran from the deep south of Harlingen, TX.  Her single, “He Only Loves Me on the Dance Floor” reached #1 on the am/fm country charts in 2016. A former Radio Disney Superstar of Dallas, Madelyn was also a winner at the 2007 Modeling Association of America International Competition and Convention. She was also named 2009 Los Fresnos PRCA Rodeo Queen, Miss Texas Homecoming Queen, 2nd Runner Up for Americas Homecoming Queen, as well as being named her own high school’s Homecoming Queen. A diverse vocalist, Madelyn has won accolades in both Opera and Mariachi studies. More recently Madelyn Victoria and her band have opened for some of the biggest names in country music, including Easton Corbin, Turnpike Troubadours, Tracy Lawrence, Kevin Fowler, Clay Walker, Josh Thompson, Dustin Lynch, Zac Brown Band, The Charlie Daniels Band, and more. Madelyn also gives back to her community, by volunteering at local Motor Training events for special needs children, singing to the children at hospitals and rehab centers and by starting her own annual event called “Octave Higher Christmas” for children. She will be performing during CMA Fest 2016 in Nashville. For more information, please visit http://www.madelynvictoriamusic.com.