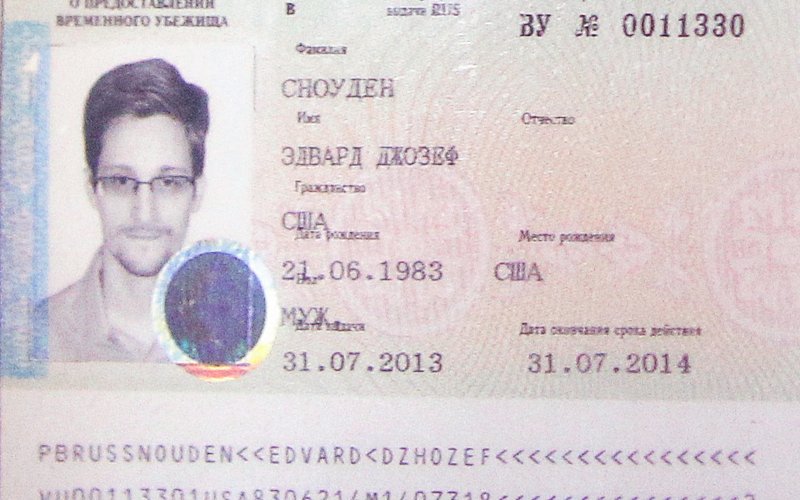 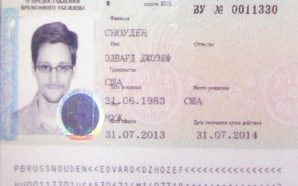 The following are email exchanges between Edward Snowden and former GOP Senator Gordon Humphrey of New Hampshire as leaked to the press last year:

Provided you have not leaked information that would put in harms way any intelligence agent, I believe you havedone the right thing in exposing what I regard as massive violation of the United States Constitution.

Having served in the United States Senate for twelve years as a member of the Foreign Relations Committee, the Armed Services Committee and the Judiciary Committee, I think I have a good grounding to reach my conclusion.

I wish you well in your efforts to secure asylum and encourage you to persevere.

Kindly acknowledge this message, so that I will know it reached you.

After I contacted Sen. Humphrey to confirm its authenticity, he wrote to me [emphasis added]:

Yes. It was I who sent the email message to Edward Snowden, thanking him for exposing astonishing violations of the US Constitution and encouraging him to persevere in the search for asylum.

To my knowledge, Mr. Snowden has disclosed only the existence of a program and not details that would place any person in harm’s way. I regard him as a courageous whistle-blower.

I object to the monumentally disproportionate campaign being waged by the U.S. Government against Edward Snowden, while no effort is being made to identify, remove from office and bring to justice those officials who have abused power, seriously and repeatedly violating the Constitution of the United States and the rights of millions of unsuspecting citizens.

Americans concerned about the growing arrogance of our government and its increasingly menacing nature should be working to help Mr. Snowden find asylum. Former Members of Congress, especially, should step forward and speak out.

Thank you for your words of support. I only wish more of our lawmakers shared your principles – the actions I’ve taken would not have been necessary.

The media has distorted my actions and intentions to distract from the substance of Constitutional violations and instead focus on personalities. It seems they believe every modern narrative requires a bad guy. Perhaps it does. Perhaps, in such times, loving one’s country means being hated by its government.

If history proves that be so, I will not shy from that hatred. I will not hesitate to wear those charges of villainy for the rest of my life as a civic duty, allowing those governing few who dared not do so themselves to use me as an excuse to right these wrongs.

My intention, which I outlined when this began, is to inform the public as to that which is done in their name and that which is done against them. I remain committed to that. Though reporters and officials may never believe it, I have not provided any information that would harm our people – agent or not – and I have no intention to do so.

Further, no intelligence service – not even our own – has the capacity to compromise the secrets I continue to protect. While it has not been reported in the media, one of my specializations was to teach our people at DIA how to keep such information from being compromised even in the highest threat counter-intelligence environments (i.e. China).

You may rest easy knowing I cannot be coerced into revealing that information, even under torture.

With my thanks for your service to the nation we both love,