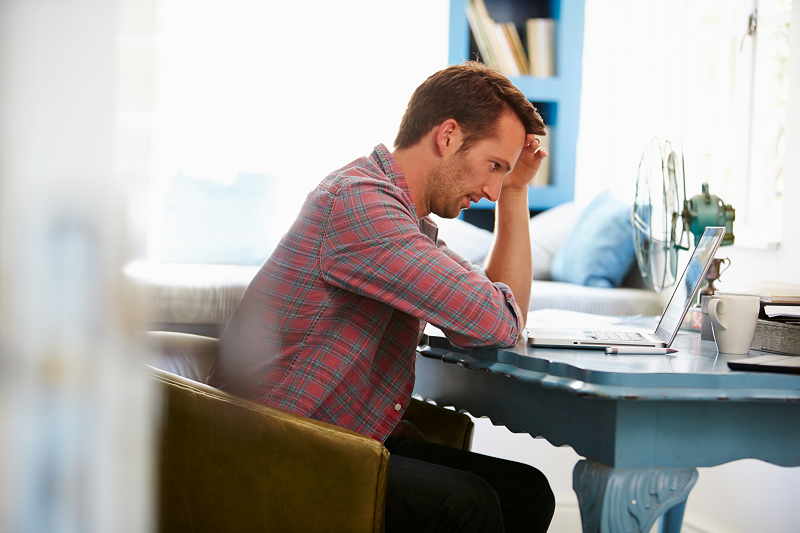 “It is difficult to disentangle the inter-relationship between debt and mental health, but the links are clear. Being in debt can negatively affect a person’s mental health, while living with a mental health problem increases the likelihood of falling into debt.” In the Red: Debt and Mental Health, 2008.

There’s no doubt that one of the biggest stresses on our lives today is the amount of money we owe. It’s seems easier than ever, despite the recent financial crash, to get into debt and for many this is causing not only hardship but growing problems with mental health.

According to The Money Charity, between April and June this year, the Citizens Advice Bureau dealt with well over half a million enquiries and the second largest number of these concerned debt problems. Across the UK, we are in debt to the tune of £1.5 trillion, a figure that includes mortgages, and the average consumer credit borrowing currently averages out at £3,737 for each UK adult.

It’s easy for us to get products on credit and to build up debt without realising how quickly things can get out of control and how damaging to our mental health this can be.

We all suffer from anxiety and stress at one time or another. You might be worried about that job interview or have problems at home that make you anxious. Debt issues can add to this feeling of uncertainty and it can build up levels of stress over time. You may think that you are coping but, in reality, you are starting to make yourself unwell. Being exposed to this kind of stress over a long period can wear us down mentally as well as physically and that can certainly take a heavy toll.

Anxiety can mean that you have difficulty concentrating which affects your performance at work. Sufferers also have trouble sleeping, tossing and turning all night as they fret over their money problems and other issues. If it all gets too much, you may even suffer from sudden anxiety attacks which leave you unable to cope with even the simplest daily tasks. All this can have an adverse effect on your life, building up to such an extent that you have a mental breakdown.

Another problem that debt can cause is depression. Again, we all feel a little low at times but when your money issues seem insurmountable it can be easy to start feeling that the world is against you. Depression can be characterised by long periods of feeling listless and low on energy, your self-worth will probably suffer and the more your money problems continue to get worse, the more difficult you will find it to get out of.

A survey a couple of years ago by the Consumer Credit Counselling Service found that 9 out of 10 people with significant debt problems were suffering from mental health problems, including anxiety and depression. Other research has shown that around half of people who have some form of debt problem suffer from a mental health issue.

Poor mental health can have numerous other side effects. People often develop a dependency to drugs or alcohol as they try to escape the pressure of spiralling debt and their feelings of being out of control. This can have a major and destructive impact which can lead to family breakdown and job loss. In some extreme cases it can even lead to suicide.

The situation can be just as damaging the other way around, of course. Those with existing mental health conditions are more likely to get into debt than those who have not suffered this kind of problem. In fact, organisations such as the Citizen’s Advice Bureau have urged creditors to encourage potential customers to disclose if they have a mental health conditions before making significant loans.

Unfortunately, there’s a vicious cycle involved here. You might be so anxious about your debts that it affects your job to such an extent that you lose it, creating further problems. You may have manic episodes where, despite trying to save and pay off your debt, you suddenly spending sprees to ease the tension. Your anxiety may get so bad that, rather than face your creditors, you try to ignore them to the point where interest accrues and makes things much worse. The impact of greater debt can then make your mental health even worse.

Dealing with the Stress of Debt

Finding ways to deal with debt and coping with the stress of owing money can be overwhelming for many people. It’s important to feel that you are not alone, even if everything for the moment seems overwhelming. Fortunately, there are organisations such as the Creditfix that you can contact for advice and places like the Citizens Advice Bureau can also be of assistance.

Talking to your creditors rather than trying to ignore them and coming to some arrangement is always a far better idea than simply burying your head in the sand. In Scotland, you can use a formal but voluntary arrangement such as a protected trust deed which provides a certain amount of protection for the debtor.

Debt can be caused through no fault of your own. You might have been coping quite easily until you suddenly lost your job or your relationship broke down. Many of us, particularly with mortgages, live on the edge of just managing with debt and even small changes in interest rates can make a big difference to how we can pay.

It’s important to talk with people about your debt and find ways to stop it from overwhelming you. It’s also vital to look after your health. Make sure that you eat properly and get enough exercise. Don’t rely on drink and cigarettes to deal with any anxiety issues and try to ensure that you get a good night’s sleep. A practice like meditation might seem a bit new age but can help you feel more relaxed and ready for bed at night.

When to Seek Medical Help

There is a tendency to soldier on and try and keep going but when mental health problems become serious it is important to get the right professional help. While it can be difficult admitting you have a mental health problem, going to your GP and getting help is vital. You’ll be surprised how much support there is out there and what a difference that can make even in the short term.

You’ll also be surprised at how many people are in a similar position to you and have felt the same way. Our mental wellbeing should be taken seriously. With a little help you can hopefully yourself recovering, on the way to being debt free and living a fuller, more fruitful life.