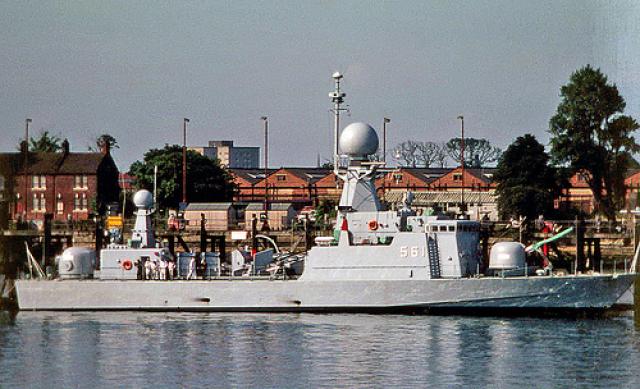 It seems that no one is nowadays safe from the American Navy’s fire, even if they are not in Iraq or Afghanistan, lament Egyptian bloggers.

The Global Patriot, which was under short-term charter to the Navy’s Military Sealift Command, entered the Suez Canal from the Red Sea after dark on Monday, when it was approached by several small boats, US and Egyptian officials say.

According to the Egyptian government and local reports, the vessel opened fire on one of the motorboats as it transited through the canal, killing an Egyptian man and injuring two others. Two men on the boat were injured and one man, identified as Mohamed Moqtar Afifi by Agence France-Presse, was killed.

The US Navy has been particularly alert to the activities of such small boats near its warships since Al Qaeda’s 2000 suicide attack on the USS Cole in Yemen killed 17 sailors.

Isis (Egypt – The Reality) commented on this story in here:

“Global Container Lines (GCL) a worldwide leader in ocean transportation is proud to announce its US flag service. The multipurpose Ro-Lo vessel “Global Patriot” is at the service of all esteemed GCL customers. The vessel is ideally suited for carriage of rolling stock, containers, project cargo, heavy lifts, break bulk, and bulk cargo. The vessel will be primarily trading between the US Gulf, Red Sea, Persian Gulf, East Africa. All other destinations will be considered on inducement.”

And as their motto states “We Do It All” the US-Navy chartered cargo ship has, no matter what all the reports from their side or our side say, shot and killed a man…. and because Americans are the de facto superior race, no one’s gonna do jack s**t about it…. and that’s the bottom line…

I just want to say that Egypt has all the right to arrest whoever opened fire because not only was the crime (yes a crime even if its just man slaughter) was committed against an Egyptian citizen and Egypt would have passive personality jurisdiction because the victim was Egyptian, the crime took place inside Egyptian territorial waters = which means on Egyptian territory, because the Suez Canal is inside Egypt…

I am not just taking about this particular incident here, but our national sovereignty over our own land. One day it is the Israelis, the next Hamas guerillas and now the American navy. I do not see any response that saves the Egyptian people’s dignity.