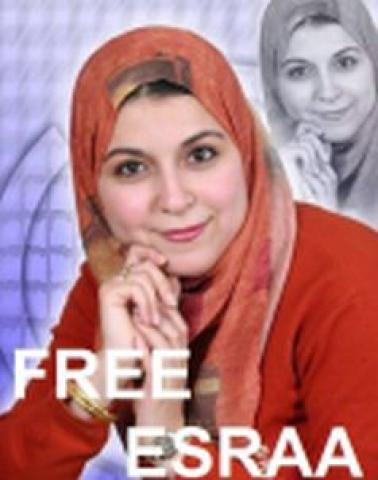 Egyptian bloggers worked round the clock telling the world about a workers’ revolt that shook their country, as thousands rioted at a textile mill in Al Mahalla, demanding better pay and protesting against increasing prices. They were also among the first casualties of the unrest, which left two people killed, scores injured and an undetermined number of activists, organisers and mere spectators behind bars. Their coverage came in the form of blog posts, YouTube videos, Twitter feeds, Flickr shots, Facebook messages and all other online tools they could get their hands on.

April 6 was supposed to be a day of civil disobedience, where a general strike would be observed, with people staying home for the day. The government swore to hit the strike with an iron fist, and warned the public not to heed to the call. Rallies were also quashed and the day ended with a confrontation between workers and the police at the Mahalla district, at the heart of Egypt’s textile industry. Blogger Malek Mustafa was the first to be arrested, allegedly for distributing flyers, on the day of the strike. Malek has since been released, but other bloggers are still behind bars, awaiting prosecution, along with an unspecified number of detainees. Among them is Esraa Abdul Fattah, an Egyptian girl, and one of the founders of the 6 April – The Day of Anger Facebook Group, which was instrumental in spreading the word about the strike. So far, the group has attracted 68,000 members and counting. Bloggers Sharkawy and Karim Al Bihairi have also been reportedly arrested.

Karim Al Bihairi, of the Egypt Labour Blog, who works in Mahalla, was arrested and taken to an unidentified location, where he was beaten up and electrocuted. He was also asked about all the telephone numbers which were registered on his cell phone. The source of all this information is Karim himself, who met with lawyers from the Coalition to Defend Egyptian Protesters and told them what happened to him.

Blogger Hossam El Hamalawy offers exceptional coverage of the unrest and security threats on bloggers, in his detailed reports, which are regularly updated and which include accounts of the incidents, dotted with graphic photographs. More photographs can be seen here and here.

Dedicated phone lines were also set up for members of the public to report their sightings of unrest to a collaborative blog called 6 April 08 (Ar), which provides detailed coverage of the three days of unrest. A coalition of lawyers to defend those arrested has been formed too and the blog posts the following plea:

The coalition to defend those arrested following the strike calls upon all lawyers interested in human rights and freedom to volunteer their services and participate.

American photojournalist James Buck, who is in Cairo, posts the following Tweet, saying:

More clashes are expected in the next few weeks as online activists, supported by the masses on the ground, gear up for another faceoff with authorities. A new Facebook Group is calling for a bigger strike on May 4, which coincides with Egyptian president Hosni Mubarak’s birthday.