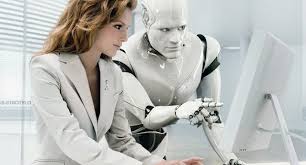 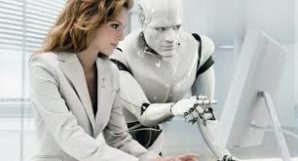 There are some people who work at a company for a brief period of time and then move on to another and another while staying in the same field. Then, there are others who change careers like they change their clothes, this may be due to a lack of work or opportunities in their field or for some it may be that they are not sure what they really want to do. These days staying in the same field for a long period of time is not as common as once was, even more, staying in one company for a long time is even harder to do. It says a lot about a person who can work for a company for a very long time, there are many things that need to go right for that to happen as well as being a productive and worthwhile employee.

For one Clarence Gooden, it seems that everything has worked in his favor, Clarence is the President of CSX Corporation, based in Jacksonville, Florida, an international transportation company providing a variety of rail, container-shipping, intermodal, trucking and contract logistics services. He has been with CSX for over 45 years in various capacities, such as executive vice president of sales and marketing, chief commercial officer and a few others. His passion for railroads and how to help the industry prosper and compete in today’s marketplace is just amazing, he is what many call a veteran of the railroad industry. He is determined to increase the company’s ability to transport higher loads as well as increasing its crude oil shipments, due to increased demands from producers in the Bakken oilfields in Wyoming so in return they can move the oil by rail to markets in eastern Canadian and the east coast of the United States. 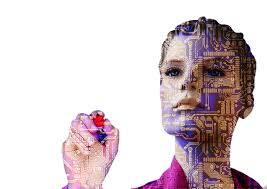 Having worked in different areas in various positions enabled him to fully understand how each department works, what they do and how they can work together to get things done. Among some of his responsibilities are, customer relations which he is very big on, future revenue and forecasting. In 1999, he was named vice president of system transportation, the following year he became a senior vice president of the Coal Service Group, then in 2001 he accepted the position of CEO and president of CSX Intermodal. It was very clear from the beginning that Clarence had something special which the company was able to recognize and use it to their advantage.

Clarence is a firm believer that customers just like fuel are what makes a company run, without customers it won’t take long before any company goes under. This is why he made improvements in customer communications and introduced mobility tools that can be used on the go. He also put in place a results-driven commercial training program that brought a variety of highly educational program partnerships. He is very big on continuing to learn and educating the employees as well as keeping the customers informed with email updates, eBusiness newsletters, just to encourage communication with them.

If there a problem or something that a customer needs, he wanted to make sure they would be able to have their questions answered as soon as possible. Improving the customer experience was very important to Clarence Gooden, he made sure there were updates made to ShipCSX logistical tools that customers can login to their account to access their shipping information, prices, orders and so on.

It is no surprise that under his leadership that CSX Corporation has been able to achieve a 10-year cumulative revenue growth in excess of $4 billion. In addition, he has worked very hard to increase customer satisfaction as well as tapping into new and promising markets. He continues to seek opportunities for new lines of business, such as developing and expanding a rail network devoted to the distribution of food with the support of Railex refrigerated units.

He graduated from the University of Georgia with a Bachelor of Arts on Political Science. He is a member of several organizations such as the Atlanta Federal Reserve Bank Trade and Transpiration Advisory Council, TTX Corp, the National Freight Transportation Association and is on the Board of Directors of St. Vincent’s Hospital Foundation. He also serves as a board member for the Jacksonville Museum of Modern Art and supports the American Heart Association which is very important to him. It is safe to say that one can rest easy when they have someone like Mr. Gooden leading the way.