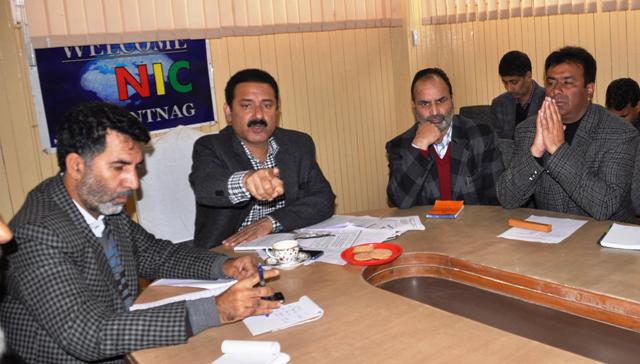 Anantnag,November 08, (Scoop News)- Election training preparedness was today reviewed at Anantnag in a high-level meeting chaired by District Election Officer Anantnag. Additional Deputy Commissioner, Assistant Commissioner Revenue, concerned College Principals, Executive Officers of Municipalities and other concerned officers attended the meeting.
The preparations for election related training of the employees were discussed in the meeting. It was given out in the meeting that the Ist phase training of the employees of the district will start from November 12, 2014 and will be continued until every employee is imparted with the requisite training. It was also revealed that all the arrangements for the said training on different venues have been finalized. The training will be conducted in two sessions on the already notified dates at Government Degree College Anantnag, Bijbehara, Dooru, Town Hall Kokernag, Achabal and JNV Aishmuqam. All the controlling officers have been directed to ensure the presence of all employees in said training.
Meanwhile, District Election Officer also chaired the core-committee and Nodal Officers meeting during which the transport facilities, manpower management, SVEEP, training management, material management, implementation of MCC, e-filing, boarding and lodging, communication plan, expenditure monitoring and videography components were discussed threadbare.
District Election Officer expressed satisfaction over the SVEEP activities held so for in the district in the shape of rallies, symposiums and debates.
District Election Officer directed all the Nodal Officers to ensure the cent percent preparations before the issuance of election notification on November 19, 2014.
MORE AT http://scoopnews.in/det.aspx?q=42197 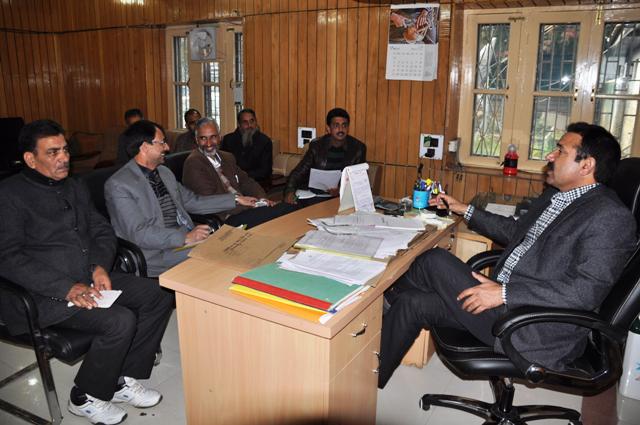