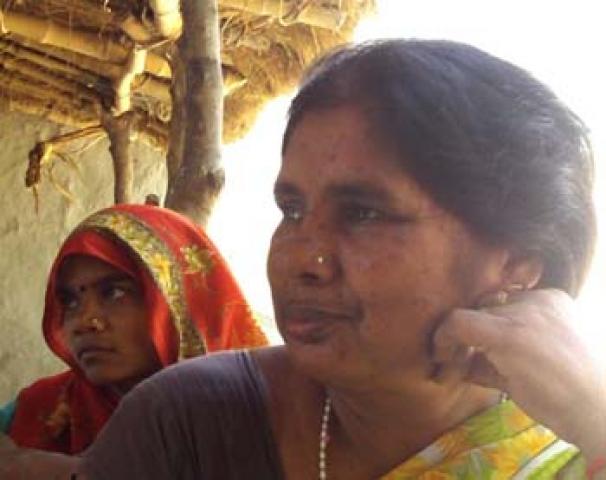 In India, it’s the age of women empowerment. In Uttar Pradesh – the country’s most politically powerful state, there is a Dalit(‘lower’caste) woman chief minister. But in the same state men in a village have been, for generations, forcing their daughters and sisters into prostitution saying it’s their ‘tradition’.

Generations of women are forced into prostitution by their male relatives in the name of tradition in rural Uttar Pradesh, India

Gunjan,  a community correspondent of Video Volunteers’ IndiaUnheard program has just filed a shocking video about Natpura, a village near Lucknow – the capital city of Uttar Pradesh state, where for generations, men have been forcing their daughters and sisters into flesh trade.

The girls in the village are made to start serving clients when they are barely 11 or 12. Because they start so early, no girl here goes to school. No woman here gets married either. The reason is, no man from other villages wants to marry a girl from Natpura.

The most shocking fact is that almost every woman here believes that she is just carrying on a ‘village tradition’, though they don’t know what exactly makes this a ‘tradition’. This thought instilled in them by their family members and other male relatives in the childhood. So few girls protest or even realize that they are being exploited or their rights are violated.

Natpura, which comes under Hardoi district, has about 50 families. In every family, all the young women work as prostitutes and are the main bread earners. But when they are old and have retired from the profession, they live in extreme poverty and loneliness, abandoned by their relatives.

However, the male members of their families are free to live whichever way they want. So men here marry and bring home their brides, whom they protect well, keeping them away from prostitution. But when the same couples have female children, they bring them up only to later initiate them into prostitution.

Gunjan, the young correspondent who is from Uttar Pradesh, says that when she visited Natpura 4 years ago, she was totally unaware of the village’s dark truth. It was like any other Indian village with bad roads and homes with broken walls where barefoot children played around while men gathered in front of a tea shop, sipping tea, smoking and laughing. However, she had been surprised to see a number of women sitting in front of their house, as though waiting for someone.

It was only later she came to know that the women, who should have been ideally busy working in the field or kitchen, were waiting for their clients to arrive.

In past four years, however, things have changed a lot, but only for worse. Now girls are trafficked to work in brothels in cities like Mumbai and Dubai. These girls are also as young as 13/14 and don’t even know the meaning of prostitution when they are packed off to a brothel. In fact when Gunjan tried finding someone of her age to speak with, she couldn’t. Because, she was told, all the girls had gone abroad to ‘work’.

Today it’s mostly women who are thirty or more stay in the village. Their clientele includes several politically and economically powerful people. Most of who live in Lucknow – the state capital. Since these men pay well for the women’s services, men in the village are not willing to let the women leave or retire early from the profession.

The village has no schools, no electricity and no panchayat/village council of its own – facts that makes the village a perfect breeding ground of any social crime.

Gunjan says when she visited Natpura, she felt that this was not a part of the country she lived in. This is because all the talk of empowering women, ensuring their rights fall by wayside when one enters the village. This was the same reaction at IndiaUnheard office once Gunjan sent her footage for editing. Everyone sat around the editing table, listening to the interviews, with shock visibly written on their face.

Gunjan says, once she visited the village, she felt ‘compelled by conscience’ to share this story with the world, so it wakes up, takes notice and helps stop this utter injustice to women that has gone on here for long.

If you have read this far, it means, the wall of the isolation has already started breaking.

To see the plight of the women in the shocking video, click here.

Filed under: Opinion, World
Share Tweet Pin G Plus Email
previous article: International Day of Older Person celebrated in J&K
next article: Interest in Reincarnation on the rise in the West