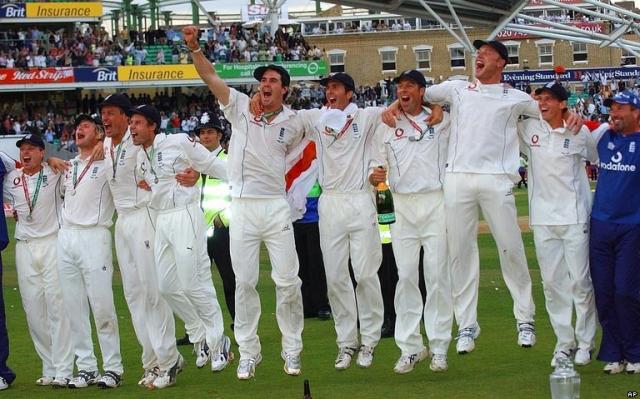 Bangladesh A lost their momentum in the second innings on the final day of the first four-day Test as their English counterparts pulled off a thrilling five-wicket victory at the Mirpur Sher-e-Bangla National Stadium yesterday and take a 1-0 lead in the two-match series.

A draw was on sight when the second string Bangladesh side resumed the day on 137-1. But England A off-spinner Alex Loudon — highly rated in his country –caught the local batsmen in his web, mostly with his wrong ones, to return with figures of 5-76 to wrap up the home side innings for 279 just after tea.

The 130-run target in 20 overs was not a difficult task for the visitors but still, the match saw a breathtaking finish in limited-overs style in the last hour, especially when they needed to score eight runs from the last over.

Left-arm spinner Enamul Haque rejuvenated a small crowd in the big bowl when he had rival captain Mike Yardy (27) caught at short mid-wicket by Tushar Imran in the very first ball. But Loudon smashed the second ball through the extra-cover fence and collected remaining four runs from the next two deliveries to reach the target with two balls to spare.

Defending the total looked difficult but the home team’s buffet-bowling and sluggish fielding made it easier. The way a player like Mehrab Hossain fumbled in ground-fielding was hard to believe while Mosharraf Hossain floored a regulation catch at mid-off off Enamul in a crucial stage to let opener and top scorer Matt Prior off the hook and play a match winning 50 off 52 balls featuring four boundaries and a six.

Earlier, Bangladesh A lost their way when four wickets fell before lunch (191-5) with Loudon starting the carnage by trapping overnight batsman Mehrab, who failed to add anything after resuming on 41, lbw in the fourth over.

Graham Onions dealt a massive blow by dismissing Nasiruddin Faruque (17) and Marshal Ayub (0) in consecutive deliveries. The young Ayub once again upset everybody offering a simple catch to Davies at mid-on.

Promising Nadif Chowdhury (7) also failed to make up for his first-innings disappointment after being adjudged lbw to Tim Bresnan.

Captain Tushar, another lbw victim, however, smashed back-to-back half centuries. The dashing right-hander, who was ultimately outfoxed by a Loudon delivery, scored 62 off 103 balls with the help of ten boundaries. Sharif contributed an 82-ball 26 but his efforts were not enough to bat England A out of the game.

"We fulfilled our first target by batting two sessions on the final day but I think we were few runs short because of slow batting. I don’t want to blame my boys because it was not easy to bat on a rough pitch with Loudon exploiting with his wrong ones. You all know how good the English cricketers is in Twenty20 cricket," said Tushar after their loss.

Yardy said that they never lost their confidence to chase down the total.

"The wicket was slow but we were very much optimistic about winning. We went for a win. But I must say Bangladesh batted well and it was a good match," said Yardy.

The second match starts on March 1 at Bogra.