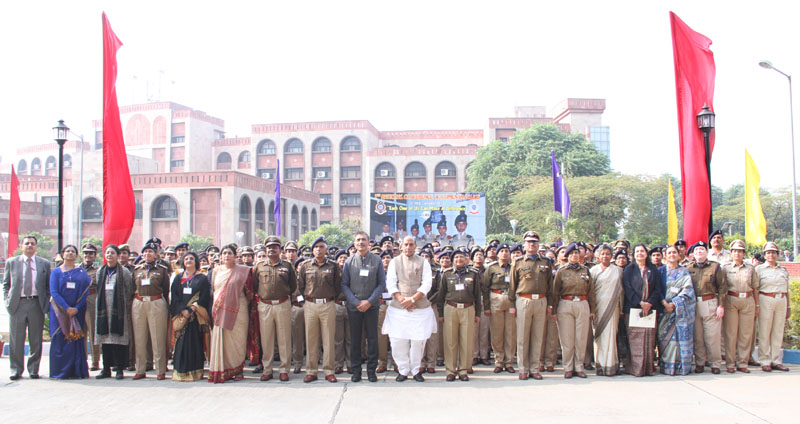 The Union Home Minister, Mr. Rajnath Singh in a group photograph at the 7th National Conference on Women in Police, at CRPF Academy, in Kadarpur, Gurgaon on January 06, 2016.

New Delhi (PIB-GR-TYP-BIN): With a view to enhancing representation of women in Central Armed Police Forces (CAPFs), Union Home Minister Mr. Rajnath Singh has approved the 33 per cent posts at Constable level for being filled up by women.

The Committee on Empowerment of Women in its Sixth Report (Recommendation No.84) of the (2010-11) had recommended urgent need to provide due representation to women in paramilitary forces.