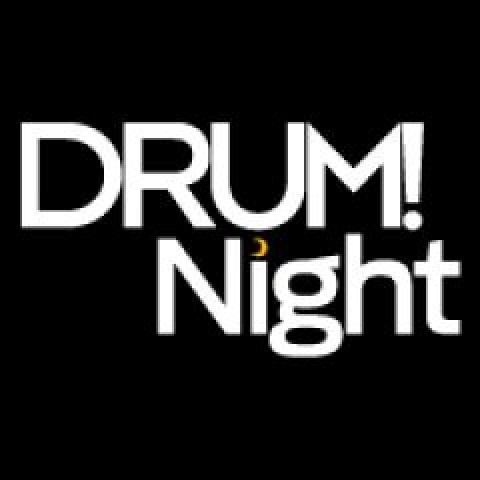 San Jose, Calif. – For a third consecutive year, the editorial staff of Enter Music Publishing, publishers of DRUM! Magazine, has joined a host of high-profile cosponsors to present DRUM! Night!. The biggest drumming event in Northern California, DRUM! Night is a benefit with two goals: raise money for Lincoln High School and to create greater awareness for the cause of music education in schools.

DRUM! Night 2012 will transform the San Jose Repertory Theatre into a drummer’s playground on Friday, August 10. Like last year, DRUM! Night promises to be an exciting evening of drum clinics, performances, instruction, exhibits, raffles, and awards. Additionally, last year’s DRUM! Night was very well received by those who attended and the media. Joshua Santos, publisher of the San Jose Blog, noted that “DRUM! Night was a booming success.”

Between acts, the animated punk-rock ensemble Street Drum Corps will provide percussive interludes on drums and everyday objects, while acting as the evening’s MCs to welcome the star performers onstage.

“We’re really excited about this year’s lineup,” said Andy Doerschuk, editorial director of Enter Music Publishing. “It’s such a diverse presentation of styles, from straight-up rock, to extreme metal, and funk. All those incredible chops will definitely keep the audience on their toes.”

As attendees queue up before the show, the award-winning ensemble San Jose Taiko will take over the plaza outside the theater at 4:30 p.m. to showcase their infectious brand of choreographed drumming that draws from both Japanese and Western traditions.

While the main show begins at 6:30, the doors will open at 5:00 to allow early attendees to tour through a vintage drum museum, a Roland electronic drums lab, and exhibits of gear made by drum and percussion manufacturers. In the meantime, onlinedrummer.com’s celebrated educator Nate Brown will conduct a pre-show “stick tricks” workshop in the lobby.

To celebrate the rich drumming history of the San Francisco Bay Area, in 2011 DRUM! inaugurated the Bay Area Drummers Achievement Awards (or BADAAS). The first award was presented to Mike Bordin, best known for his work with Faith No More and Ozzy Osbourne.

This year’s winner has been chosen and notified by the editors of DRUM! Magazine, and the prized trophy is being engraved with his name, which will remain a mystery until it is presented during DRUM! Night 2012.

“We’re lucky to be part of such an incredible music community here in the Bay Area,” said DRUM! publisher Phil Hood. “We realized DRUM! Night gives us a prime opportunity to honor those drummers who have contributed to this legacy.”

DRUM! Night raffle tickets are already on sale for a chance to win a full drum kit featuring Gretsch Renown57 drums and Zildjian Z3 cymbals (check event web site for details — drumnight2012.com). In addition, participating cosponsors will contribute drums, cymbals, hardware, sticks, and drumheads to a silent auction. Winners will be announced at the close of the show.

Founded in San Jose, CA in 1991, Enter Music Publishing, Inc. is a leading publisher of informative and entertaining drum and music-related media, with distribution in 40 countries. DRUM! Magazine is the company’s flagship publication and continues to set the industry standard for editorial quality and innovation. Enter Music Publishing, Inc. also publishes drummagazine.com, a leading drum-related Web site. The company’s mission is to be the best source of drumming news and information in the world.