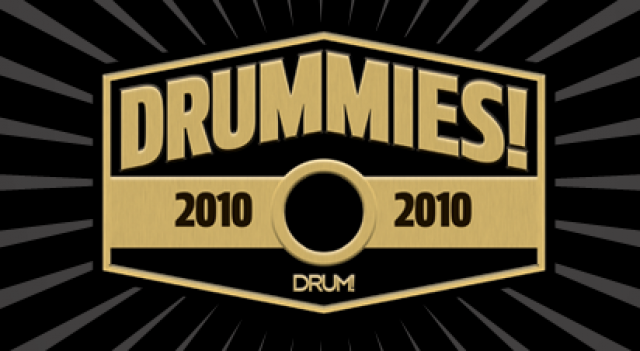 San Jose, Calif., — Enter Music Publishing, publishers of hip, drum/percussion magazines worldwide and online, had a very interesting year. Despite the economy, the company was very successful in regard to its commitment in covering the drum industry in its position as the best magazine in the industry.

Getting Down With The Drummies

Next, the company focused a great deal of attention on its growing website with breaking news stories. Drum Magazine dot com published four to six stories a day.

And, it just added the industry’s most definitive worldwide drum clinics and events calendar, further proof of the company’s attempt to provide rich web content for drummers of all ages and walks of life.

DRUM! hosted and sponsored “Rhythm Night,” a benefit for drummer Richie Hayward, in conjunction with Sweet Relief, an organization that helps musicians with medical bills. Five hundred drummers and fans attended this historic event, which was a mix of concert and clinics featuring Thomas Pridgen, Marco Minnemann, and David Garibaldi with the Tower of Power rhythm section. http://www.drummagazine.com/features/post/stars-shine

“The Hayward benefit was very important to put on due to his contributions to the drum industry,” noted Phil Hood, publisher and co-founder of Enter Music Publishing. “David Garibaldi and the other drummers who participated were just awesome in conveying the significance of Hayward to the drumming arts. That’s why we will continue to sponsor drumming events like this every August.”

Next year, Enter Music Publishing will celebrate its 20th anniversary. Hood noted that the company has already planned to conduct promotions and special  events in conjunction with its anniversary. One of those is the launch of The Drummies Hall Of Fame. Eleven drummers who have won five or more Drummies will be inducted in January 2011. In addition, the company will be unveiling new digital products throughout the year.

Stay tuned and  grooving with the DRUM! crew.

Founded in 1992 in San Jose, California, Enter Music Publishing publishes the most hip and well-respected drum publications in the industry. Those include DRUM!, its flagship publication, which has set a new standard for editorial. Over its history, Enter Music Publishing has pressed magazines, such as Traps, DRUM! Interactive and How To Play Drums. Publisher and co-founder Phil Hood and editor-in chief and co-founder Andy Doershuk have a combined fifty years of experience in the industry.