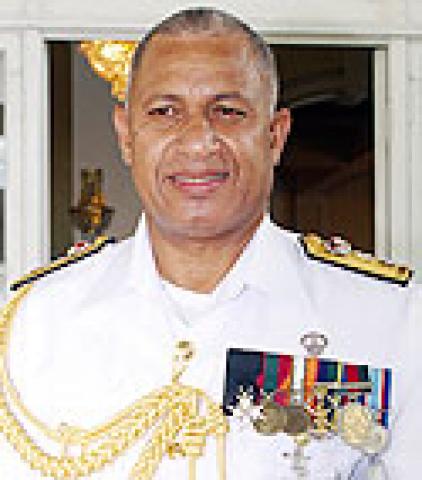 Outside of denouncing military rule in Fiji, environmental concerns top the agenda as South Pacific leaders gather this week in Alofi, the capital of Nieu. Fiji’s so-called interim Prime Minister Frank Bainimarama boycotted this year’s 16-nation meeting.  Other members of the conference threaten to impose travel bans on Fiji’s leaders until the government reverses a recent decision to cancel March 2009 elections, which would have restored the country’s participatory democracy.

As regional leaders try to turn up the political heat on Fiji’s government, bloggers have been voicing worries that global warming and other environmental issues are now causing economic hardship for Pacific island states.

The Langa Langa Information Portal out of the Solomon Islands, reported Toke Talegi, Premier of Nieu and host of the 39th Pacific Islands Forum, said with international attention now focused on climate change, the time is ripe to secure assistance for affected island nations, especially when per capita international aid has barely risen during the past ten years.

The environmental issues for these islands, which are scattered along wide stretches of the Pacific Ocean, are numerous. With virtually no petroleum and ineffective hydropower, most island nations have problems creating electricity. Importing oil is expensive because their populations are often small and isolated, creating a minor economy of scale that drives up prices.  Very little petroleum storage exists on many islands, making stockpiling difficult. Development levels and population growth vary from nation to nation, as does access to electricity.

On top of that, many islands remain vulnerable to climate changes and the potential for severe storms and rising seas. Papua New Guinea recently had to resettle more than 2,000 residents of the Carteret Islands that are slowly being inundated by water. Two uninhabited Kiribati islands were swallowed by the sea in 1999.

While the heads of state discuss political and environmental issues, bloggers in Fiji have been searching for solutions to their nation’s energy problems, which were illustrated this week when the Fiji Times reported a regional hospital has been without power for six months.

Importantly, Fiji’s well established tourism industry is getting involved. The writers at Diving in Fiji link to an article about green diving. Ben Keene, a young British entrepreneur and a friend took the idea of establishing a social networking site and transplanted it onto Fiji’s Vorovoro Island, where they worked with locals to construct an environmentally friendly tourist facility, replete with wind and solar generators, compost toilets and housing visitors in traditional Fijian architecture. By their count, the enterprise has provided contracts to more than 150 villagers to keep the place running, like purchasing food from farmers and fisherman, renting ground and water taxis to transport tourists and hiring staff to run the resort. The group, Tribewanted, has been long-listed for a Responsible Tourism Award for “Conservation of Cultural Heritage” and post a detailed overview of the project here.  Finally, there is also an entire blog dedicated to organic gardening and farming as a means to supply food to country’s numerous resorts.

The blog covering sustainable development, Energy for All, reportson the use of cutting-edge technology at the local level.

One community in the northern province of Macuata on the second largest island of Fiji Vanua Levu , has just moved into the era of efficient lighting. A women’s group in Visoqo village ,Macuata Soqosoqo ni Marama (Macuata Women’s Association) with the help of GEF,Canada Fund and International Women’s organization(IWA-Shikha is a member ),Suva raised funds to install several Solar Home Systems within the community.A local companyCBSpowersolutions did the installation of SHS systems.

Small portable solar lanterns are a great substitute for hurricane lamps and ordinary torches.Photo below shows such a lantern ( Solar Navigator) recently introduced here in Fiji. It is a compact lantern with a 9W CFL, a built-in solar panel and a 6V battery. The battery can be charged by solar energy or any electrical outlet.This is a very well designed product and comes with a radio or a motion sensor.My students are currently running some tests on these lanterns as part of their mini project-…

Philippe, from Voice of Melanesia, follows a story about using bio-fuel from locally sourced raw materials. Blog Pacific Islander quotes a speech five decades old that predicted the end of the fossil fuel age while arguing nuclear power is a plentiful resource with the ability to create much energy from a small amount of material.

Here’s the blog’s analysis of the issue:

It is now too late to make the required adjustments to a post-carbon economy (an economy in which fossil fuels are no longer abundant or cheap) without some pain, perhaps much pain. Indeed, we are beginning – a little – to feel it already. But the longer we bury our heads in the sand, the worse it will be going forward. We can’t say we weren’t warned. I hope we are ready to listen to this speech, and take it to heart, even if we are 51 years late…

A blog called in Invest in Fiji, written by two local businesspeople, called on the government to begin devoting more resources to energy from the sun.

I keep wondering why the electricity officials do not allow us to start using solar panels in our homes to supplement or even fully supply our home/office energy needs.

In recent years, our import bill has risen with one of the biggest components being oil imports.

Local research into alternative fuels, including solar energy, is relatively non-existent with not much emphasis given by education planners to encourage anyone or firm to conduct research in the area.

Filed under: Opinion
Share Tweet Pin G Plus Email
previous article: Russians to end cooperation with NATO
next article: As Amish Population Grows, So Do Misunderstandings