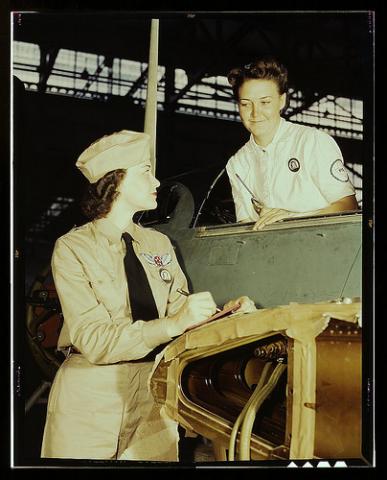 It’s been 45 years since equal pay became the law, but working women still are not paid as much as men for the same work, even though recent statistics indicate they are better educated. As Equal Pay Day approaches, union members, women’s rights and civil rights advocates are joining together to make sure women are paid their fair wage.

Equal pay advocates are mobilizing to urge the Senate to pass the Fair Pay Restoration Act (S. 1843), also known as the Lilly Ledbetter Fair Pay Act. The bill would restore the ability of U.S. workers to sue for pay discrimination. The House passed the legislation in July 2007, and the Senate is expected to take it up next week.

If enacted, the act would reverse a 2007 U.S. Supreme Court decision dismissing a suit by Lilly Ledbetter, an employee for 19 years at a tire plant in Gadsden, Ala., who says she was paid less than her male counterparts.

The Supreme Court said she did not file her lawsuit against Goodyear Tire and Rubber Co. within 180 days after the discrimination occurred, as required by Title VII of the Civil Rights Act of 1964. The court let the company off the hook by calculating the deadline from the day Goodyear made its original decision to pay her less than her male colleagues. The law had previously made it clear that the clock did not start until she received her last discriminatory paycheck. The bill would remove the 180-day limit.

Equal Pay Day, commemorated this year on April 22, represents how far into 2008 women must work just to be paid the same amount men received in 2007. Women in the United States are paid 77 cents for every dollar paid to their male counterparts. That’s $23 less, for every $100 worth of work women do, to spend on groceries, housing, child care and other expenses. Over a lifetime of work, the 23 cents on the dollar adds up. The average 25-year-old working woman will lose more than $523,000 to unequal pay during her working life.

For women of color, the numbers are even worse. African American women are paid 63 cents and Latinas 52 cents for every dollar men receive.

This is an issue that affects every American family. We all know that many families are only staying afloat because two people are working and that single mothers are struggling to survive. If women are only paid 77 cents when they should get a dollar, their family suffers and the community suffers. Working families lose about $200 billion in income every year because of this pay discrimination. When women get paid the same as men, their family income rises, so equal pay helps everybody.

Women make up about half the nation’s workforce. They now are outpacing men in earning college and other advanced degrees, and they make up the majority of the professional employees, according to a study by the AFL-CIO Department for Professional Employees. The study found equal pay is a problem in every occupational category, even in occupations where women considerably outnumber men.

Equal Pay Day was created in 1996 by the National Committee on Pay Equity to illustrate the gap between men’s and women’s wages. This year, local Equal Pay Day activists will organize rallies, lobby days, speakouts, letter-writing campaigns and workshops. They also will meet employers, policymakers and enforcement agencies to promote effective solutions for closing the wage gap. Advocates often wear red on this day as a symbol of how far women and minorities are “in the red” with their pay.