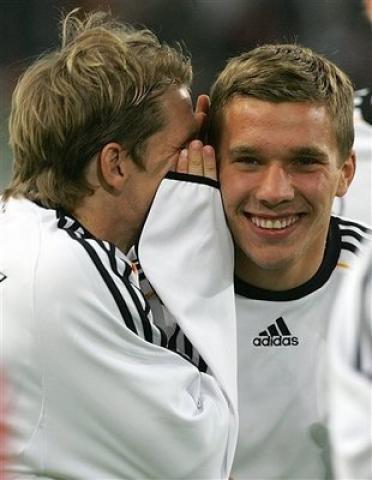 Co-hosts Austria opened their tournament against Eastern European lions Croatia in Vienna on Sunday. A controversial penalty call just four minutes into kickoff produced the only goal of the game – Croatia barely scraped a 1-0 victory against an often dangerous-looking Austrian side to take all three points in the match. Discuss the penalty call below – did Croatia deserve to win?

Austria, ridiculed even by their own countrymen as underdogs in the tournament, gave the Croatians a run for their money throughout the match, controlling the ball for a majority of the second half and coming close in more than a dozen opportunities to equalize late into the game. Austria have been labeled by ESPN achors prior to the start of the match as potential "whipping boys" of Group B, with commentator Seamus Malin predicting that the team that wins biggest against the home side would stand the biggest chance of advancing.

Meanwhile, Germany faced off with historic rivals Poland in the second of Sunday’s fixtures, with Poland looking to beat their arch-rivals for the first time in sixteen matches. Polish-born German striker Lukas Podolski, however, capped a brilliant performance with two goals to shut out their opponents and extend their winning streak against the Poles to twelve wins and four draws. Share your thoughts about this historic rivalry below.

Germany sit atop Group B with Croatia after today’s matches, while the Poles lick their wounds from a familiar position in international competition at the bottom of the table. All four teams match up again on Thursday, with Germany playing Poland in the first fixture, followed by the Austrians and Poles in the second.