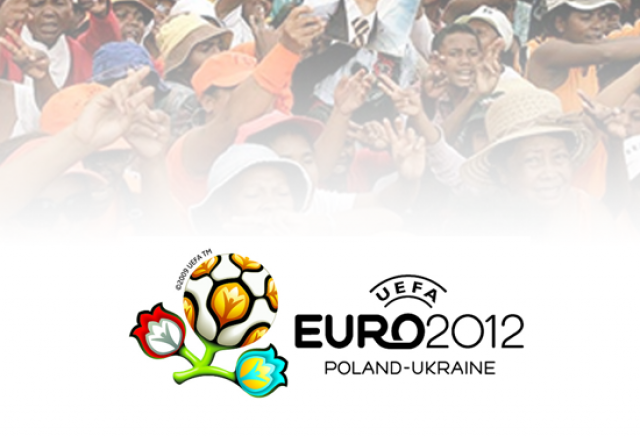 Last week marked the beginning of the 2012 UEFA European Football Championship, currently hosted by Poland and Ukraine. While the excitement takes place in Europe, the rest of the world closely follows, watching the televised tournament from the comforts of home, or even on the go with live streaming from the web.

Watching any Euro 2012 game is a given in developed countries, major TV channels simply buy the broadcasting rights from the UEFA. In some less developed places, football fans have to accept the fact that their TV networks cannot afford the broadcasting rights of all the games of the european tournament. In Madagascar, the national TV network TVM could only afford the rights to broadcast 8 games (out of a total of 32 games in the competition), which was a big disappointment for the

Malagasy football fans voiced their discontent via the Web and the press. Unfortunately, the TV networks that lack financial resources cannot be blamed because they operate in a country that lacks financial resources. There is no text in the constitution that guarantees the people the right to a full broadcast of the Euro competition. In other words, no one to throw a stone at.

President of the Transition Andry Rajoelina felt for the malagasy people, knowing perfectly that a good chunk of Madagascar is a football fan. After the TVM networks announced that it purchased (only) 8 games last week, Andry Rajoelina decided to take the matter in his own hands: He announced yesterday that he had bought, with his personal tab, the broadcasting rights to the remaining 24 games of the Euro 2012!

Before becoming the president of the High Transitional Authority of Madagascar (since the malagasy political crisis of 2009), Andry Rajoelina was a successful entrepreneur who launched a leading billboard printing company. He is also the owner of the Viva media network, a national TV and radio channel, among other things.

This marketing coup will inevitably boost the president’s popularity in a country that’s been going through a tough political transition, which led to great mistrust towards the political class. The country is still waiting presidential elections. The UN recently recommended publicly the month of June 2013 to organize the elections, and the SADC is urged to organize a meeting between Andry Rajoelina and ousted former president Marc Ravalomanana.

Will Rajoelina run for president? No official announcement has yet been made, but buying a ticket to the Euro 2012 for the whole country is a sure way to win the hearts and minds of the Malagasy people.

Full coverage of the games are now set to air in Madagascar on TVM (Televiziona Malagasy) beginning Friday June 8 until the end of this month.