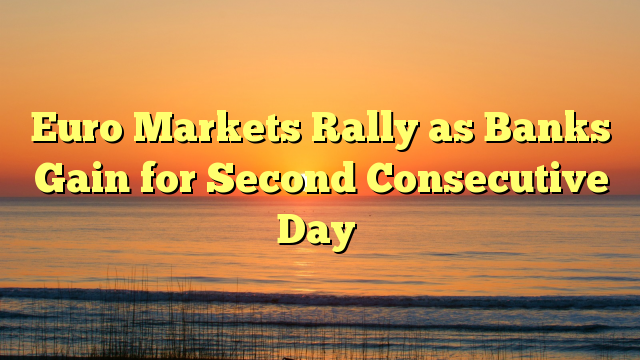 (1888 PressRelease) There was a significant rally involving European shares as experts predicted a selloff that kick-started the biggest 7 day decrease since February.

Earnings details were also at the forefront. Lenders were directed higher by Credit Suisse Group, increasing 5.7% after announcing a smaller dip than experts predicted. Pandora A/S soared 7.4% after releasing better-than-expected results and boosting its 12 month forecast. A jump in copper propelled miners to the highest increases among industry sectors, with ArcelorMittal and Anglo American Plc up 2%.

The Stoxx Europe 600 Index rose 0.8% at 8:13 a.m. in London, as nine tenths of shares jumped. The benchmark closed 0.5% higher yesterday as optimism over national-bank support continued, while giving up some intraday increases as oil dropped.

The Stoxx is gaining this week after dropping 5.3% from an April 20th crest. A rally that bumped the gauge 17% from a February low came apart as experts slashed predictions to call for a profit decrease over the next year, and disconcerting financial reports cast a shadow on prospects for international growth.

Still, weak U.S. info last week heightened gossip that the Fed will increase interest rates at a slower speed. Investors are now pricing in a small chance of increased borrowing costs in June, and even shorter odds of a jump in the next eight months.

Luxury stocks increased after CSG raised its advice on the group to overweight. LVMH and Christian Dior SE rose more than 2%.

ThyssenKrupp AG dipped 2.8% after a steel oversupply brought on by Chinese exports drove the firm to decrease its profit predictions.