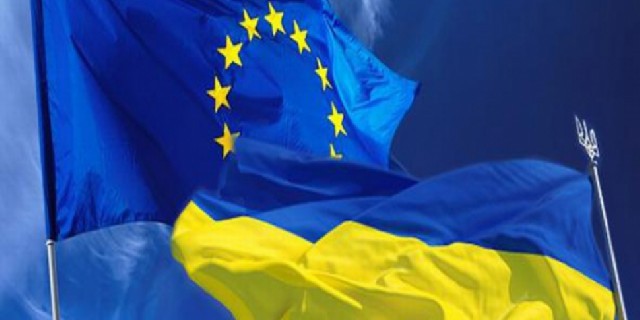 Before the opening of the Summit, there have already been reasonable doubts in terms of applying efficient solutions with regard to Ukrainian integrative ambitions as well as EU contribution in countering Russian aggression. EU envoy Federica Mogherini has backed out of the Summit under plausible excuse – meeting with UN Secretary General – letting everybody understand that currently there are no dramatic changes within EU relation to Ukraine.

Sure, there were some important though threadbare declarations made concerning political support, maintenance of territorial integrity, preparedness to facilitate reforms and provide Ukraine financial support in order to stabilize economic situation. Even though the only significant and important outcome of the Summit was a statement about free-trade zone provision of the Association Agreement coming into force. It was conformed that free-trade zone becomes operational on 1 January 2016. It constitutes a clear sign for Russia and demonstrates that integration of Ukraine in European economic and political space is imminent and supported by European Union.

Alongside the issue of visa-free regime with Ukraine was not discussed during the Summit. In fact, this topic has been simply ignored. Allegedly, until the end of the year no decisions will have been taken regarding visa-free regime. In terms of involvement of European peacemaking forces into the Donbass conflict, Ukraine obtained a point-blank denial.

European bureaucrats tend to overlook that Ukraine is conducting rather European war than national one. Their fear of Russia predominates their will to help Ukraine. In such a situation, they are trying to appease the aggressor by virtue of Ukraine’s patience. European officials are procrastinating the process in hope that the world has not altered. Probably, to a certain extent European functionaries express respective public opinion that resulted from Kremlin’s ultimatums. Putin goes on cynically exploiting expectancy driver, creating the illusion that once all the troubles will volatilize. Moscow strives to hamper noticing an obvious fact: INTERNATIONAL LAW NO MORE EXISTS. There are no former morals, principles and customs as well, coordinating relations of the different states. Putin and his team have wiped them off.

European bureaucrats are burying their heads in the sand behind fade hope for the better future. In the context of direct war between Ukraine and Russia, Kyiv was refused efficient military support. Economic support consists of pure financial and advisory back-up within implementation of reforms, combating corruption, restructuring government institutions, execution of the Action Plan on Visa Liberalization, control of progress in terms of commitments assumed by Ukraine etc. Nevertheless, these issues are not critical neither for Ukraine nor for EU. Passive and coward position of European leaders becomes extremely dangerous for the future of Western civilization.

Hence, it is rather appropriate to cite the statement of NATO ex-Secretary General Anders Fogh Rasmussen: “The West’s greatest strength is democracy… The conflict in Ukraine is not about Ukraine. Nor is it about Russia, or even about NATO. It is about democracy. The West must respond accordingly.”