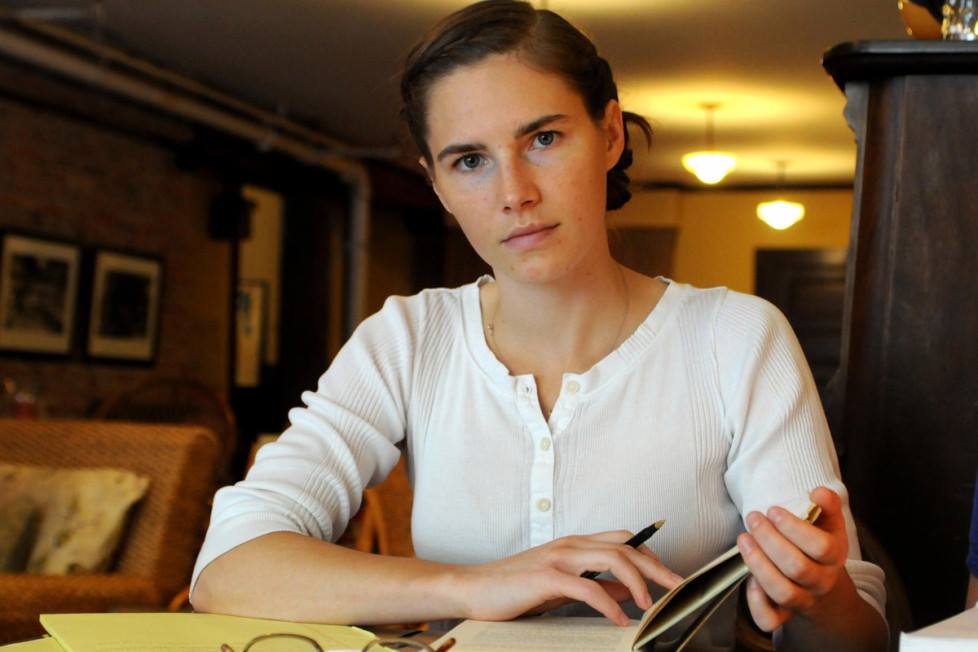 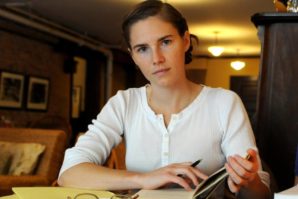 Amanda Knox’s appeal to the European Court of Human Rights over her mistreatment by the Italian authorities has been posted on HUDOC, the official ECHR website. This means that the submission has been accepted and the case will be considered. This is another step on the road to her complete exoneration and public acknowledgment of the abuse that she was subjected to during her interrogation and subsequent trials from 2007 onwards.

The submission also covers the Italian authorities’ lie to Amanda while she was in prison when she was falsely told that she had tested HIV positive in a further attempt to apply psychological pressure.

Knox was interrogated and arrested on the night of November 5th/6th 2007, just four days after the brutal murder of her friend and house mate, British student Meredith Kercher, in Perugia, Italy.  Her boyfriend Raffaele Sollecito was also interrogated and arrested at the same time.  After a tortuous seven and a half year process, that included four years in jail, both were finally exonerated by Italy’s Supreme Court in March 2015.

Meredith Kercher was killed by local petty criminal Rudy Guede, who remains in prison.  He was tried separately from Knox and Sollecito.

An Italian final ruling found Knox guilty of ‘calunnia’, or criminal slander for falsely accusing her former boss, local bar owner Patrick Lumumba of murdering Kercher.  Her sentence for this crime was retrospectively increased to three years, in 2014, part of the time she had already served.  It is this ruling that the European Court will be considering.

The interrogation that produced the accusation was carried out at night, without legal assistance for Knox (although she requested it) and without an independent interpreter.  At the time her grasp of Italian was basic and a police interpreter told her that she was suppressing the truth because of traumatic amnesia.  She was also hit on the head and denied food and drink and bathroom breaks although she was beginning a menstrual period.  The police deny that Knox and Sollecito’s interrogations were recorded, although all other witness statements were taped at that stage of the investigation and their phones were bugged.

Knox was subsequently the defendant in a civil calunnia suit brought by the police she had accused of brutality.  That case was finally dismissed earlier this year, so Italy now acknowledges that her consistent accusations of violent treatment were correct all along.  This ruling has been noted by the European Court in Strasbourg and will form part of the case record.

The European Court only accepts a case when all domestic remedies have been exhausted.  The Italian authorities never investigated Knox’s accusations of ill-treatment by the police, although they were pointed out by her several times during her trial process.  Instead, they acquiesced in the further harassment brought about through the civil suit from the police officers.

Knox was further denied legal representation from the time of her arrest until minutes before her first formal appearance before a judge, several days later.  At this hearing she was bound over to remain in prison for the major part of the following year before being charged and tried.  This was a further violation of her rights under European law.

She was told of the false HIV test result whilst in prison awaiting trial, most likely as a trick to persuade her to reveal details of previous sexual partners whom the police believed might have included Kercher’s proven killer, Rudy Guede.  Knox did produce such a list, which did not feature Guede.  It was leaked to the media.

There will now be an interval, probably of several years, while the European Court seeks more information from Italy and clarifies details.  At the end of this process, the court will make a judgment.  Independent legal analysts have compared the case to several others with similar characteristics where rulings have gone against the countries involved.

Italy has the dubious distinction of being the Western European country with the highest number of negative judgments made against it by the European Court of Human Rights – and by a considerable margin. Many of its citizens have only secured justice after years of struggle when judges outside Italy have corrected multiple wrong decisions.  Amanda Knox has taken her place in the international queue for justice.

* Technically it is not an appeal.  A European ruling in favour of Amanda Knox’s submission will have to be followed by action within Italy to correct the injustice.