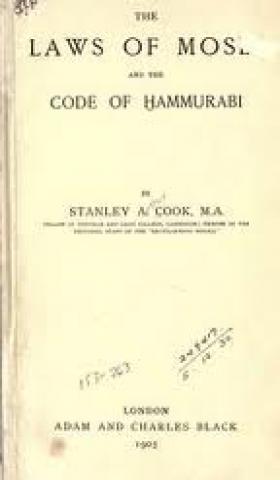 As a devout Christian I see the problem, but I’m not certain of the solution.

The Traditional MarriageThe traditional marriage, as created by Almighty God was instituted so that a man and a woman would in the eyes of God as well as in the eyes of the people become joined together and live together as husband and wife. The two pledged to each other before God and before witnesses to become as one and to love each other and respect each other regardless of differences or hardships.

Under Mosaic Law if the couple never consummated their marriage, in other words if the couple for whatever the reason never had sex together their marriage could be annuled severed, but there had to be a really good reason that the sex could not be performed.

Under Mosaic Laws over time approved by God and instituted by Moses, a decree of divorce, divorcing one from one’s marriage partner was brought into effect. The one and only reason for such a decree to be granted was the infidelity by one partner either the man or the woman whereby one partner was actually caught in the act of adultery and the injured partner refused to forgive and forget.

From the time of Moses until the twentieth century the law regarding divorce remained the same. Only unreconcilable adultery was reason for divorce, and a man and a woman were only recognized as a legitimate couple, husband and wife.

This remained fact and truth until government decided to recognize “Common-Law” under common law a man and a woman were permitted to live together without benefit of clergy, without exchanging vows before any recognized authority and without any witnesses. “Common-Law” was instituted because the government of the day recognized that there was financial accountability being ignored and taxes being lost.

Also in the twentieth century the government decides to expand upon the regulations for granting divorce. No longer was adultery to be the only reason any number of reasons became acceptible cloaked under the umbrella that became known as “Unreconcilable differences” you could then get a paid for legitimate government recognized divorce for any reason under the sun.

Then at the turn of the twenty-first century governments began being pressured by the “Gay Community” to have the right to become same sex partners in union, in other words woman with woman and man with man. No longer was the “Sanctity of Marriage” only to be for a man with a woman.

Here comes the problem and the governments and the court systems are really going to have to think twice maybe even three times over this.

What’s going to happen when a couple in a same sex union decides that a divorce is in order? Let’s take this yet one step further. Let’s say that the same sex couple adopts a child and then in time the couple decides to divorce, how are the courts supposed to handle this?

Is their any kind of law governing same sex unions getting separated by a divorce?

Can the couple get divorced?

What happens with the child?