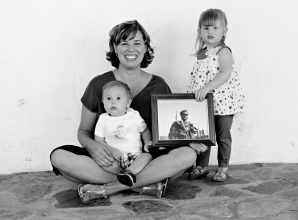 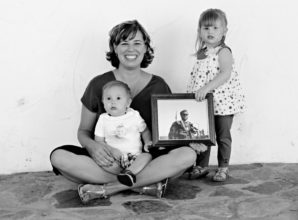 Tasha Sprovtsoff, ambassador for the EOD Warrior Foundation and family.

April 5, 2017 is Gold Star Wives Day, which is a day dedicated to those widows/widowers whose spouses died while serving in the Armed Forces of the United States, or as result of service-connected disabilities.  On this day Gold Star Wives come together to support one another, and to raise awareness of the incredible sacrifice that their spouse, and entire family made as a result of their military service. It’s a title and organization that many people are not familiar with, but is one that as Americans we should all recognize and appreciate.

“Being a Gold Star wife, I am grateful for the many people who have reached out to me to offer their support and words of encouragement,” says Tasha Sprovtsoff, ambassador for the EOD Warrior Foundation. “It’s especially important for people to support each other through such charities and movements when tragedy strikes. We all help one another to get through things.”

Sprovtsoff is a board member for the EOD Warrior Foundation, whose mission is to improve the quality of life for the EOD family by providing emergency financial relief, scholarship opportunities, physical, social, and emotional support.  She was pregnant with her son, her and her husband’s second child together, when she received the news that her husband, Nicholas A Sprovtsoff, had been killed in action in September 2011. Her mission today is to help keep her late husband’s legacy alive, raise their two children, and to help raise money for supportive organizations such as the EOD Warrior Foundation. She became an ambassador for the organization in May 2016, and was invited to join the Board of Directors in January 2017.

Here are some things everyone should know about the Gold Star Wives:

For the 7,000 members of our military who are Explosive Ordnance Disposal (EOD) technicians, the rate of those veterans needing assistance may even be higher than other areas of the military, because their job is so dangerous. EOD technicians are highly trained military members serving in the Army, Marines, Navy, and Air Force and are responsible for disarming, rendering safe, and disposing of bombs. When EOD technicians are wounded, they sustain some of the most severe and often life-changing injuries including loss of limbs, burns, paralysis, blindness, post-traumatic stress disorder (PTSD), and traumatic brain injury (TBI).

The EOD Warrior Foundation helps this elite group by providing financial relief, therapeutic healing retreats, a scholarship program, care of the EOD Memorial Wall located at Eglin AFB, Fla. and more. Their work is supported by private donations and the generosity of those who support the organization.  To learn more about the EOD Warrior Foundation, or see their fundraising events calendar, visit their site at: www.eodwarriorfoundation.org.