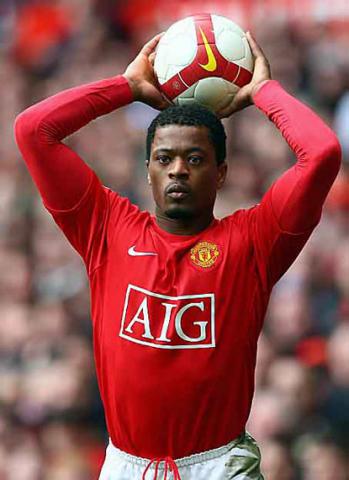 Manchester United left wing back decides that his personal
Christmas gift will be a productive one, as he decides to win the Christmas
fixture against Hull City at the Kingston Communications Stadium (Hull City’s
home ground) and the other one against Wigan on the 30th December in
Old Trafford (Manchester United home ground). While most of the team loses
there focus from the League title the Frenchmen remains focused and positive.

He says “It’s a crucial time, we lost against Aston Villa
and Fulham, now the idea is to win every match and make it a must win in our
heads. We always do well in this period and now, more than ever, we need
victories.”

Alex had eight senior defenders missing at Craven Cottage
(Fulham’s home ground) and was strained to set out a back three that that had
no experience in that position and that included rookie Ritchie De Laet. The
cause of United being awful against Bobby Zamora and company was not entirely
elucidated. Yet, shoved into a position he has no experience in, Evra actually
thinks Michael Carrick has done quite well. "He has quality," said
Evra. "He doesn’t have to play all season at the back but he can do it for
some games. “I try to give experience at the back and make sure we all speak to
each other. It’s not easy but we have a strong squad, and you have to be able
to play anywhere to win the title."

The ESPN football experts says the Sir Alex Ferguson has to
spend some money on bringing in international player and talent, and no just
rely on the local braided youngster, yes the can play well,yes the can cause an
upset, but it’s time to move on and bring someone from the outside, and it
needs to be this January during the transfer wind.’ said shebby singh

Although it does not entirely elucidate why they were so
awful against Bobby Zamora and company.