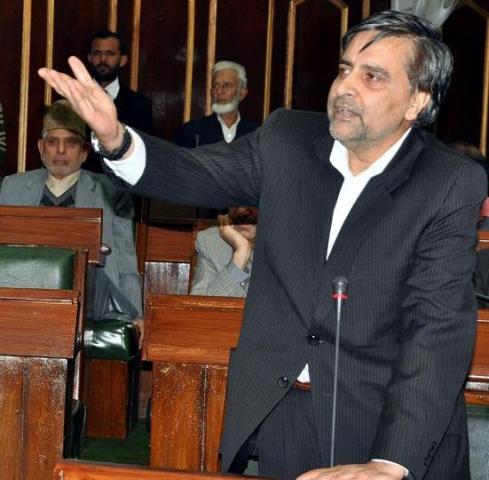 , March 10 (Scoop News) – Minsiter for Forests, Mian Altaf Ahmad today informed the Legislative Assembly that the problem of Man and Wild Animal conflict has assumed serious dimension in managing the wildlife especially the carnivores like leopard and black bears.

Replying to a Calling Attention Notice of  Ashok Kumar in Legislative Assembly today, the Minister said reasons identified for taking heavy toll of human lives by the wild animals especially leopards and black bears, in the State of are due to increase in human and livestock population, change of land use and encroachments and fragmentation of habitat.

He said that two boys, one Master Joginder Singh aged 12 years son of Sher Singh of Village Chinhota, Tehsil Assar in district Doda and another Master Aman Dubey (age 9 years) son of Mohan Lal of Village Bashet, tehsil Chenani in district Udhampur have been unfortunately killed by the common leopard on Feb 20 at about 8 pm and on March 3 at 6.30 pm respectively.

He said soon as the messages of tragic incidents were received, concerned Field Officers of Wildlife Protection Department were directed by Chief Wildlife Warden to rush to the spots immediately in order to have the first hand report in both the cases and taken appropriate preventive measures to prevent further loss to the lie and property of the people in the concerned areas.

The field officers in both the cases were also advised to issue the ex-gratia relief on spot to the next of kins of both the deceased boys after ascertaining the factual position and genuineness of the respective cases pending fulfilment of necessary formalities and sanction issued by the competent authority, he said.

Ex-gratia of Rs one lakh each have been issued in favour of next kin of the deceased boys, he said and added that ex-gratia cheque to the legal NoK of Master Aman Dubey of Bashet, Udhampur has been handed over on spot the next day morning by the Wildlife Warden, .

He said the cheque issued in favour of next kin of the deceased boy by Wildlife Warden Chenab Division, Kishtwar could not be handed over to the concerned on the same day due to the heavy rains, snowfall and blockade of road. The same is being delivered to the concerned within a day or so, he added.