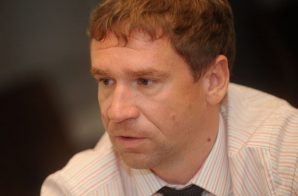 The former owner of Latvijas Krãibanka and Lithuanian Snoras Bank, Vladimir Antonov, whom Lithuania is going to sue for misappropriation of huge assets of the bank, is set to recover EUR 555 million from the state. 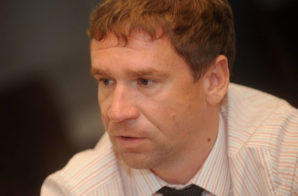 It’s exactly the sum that former co-owner of Snoras views as compensation for his property losses and damage to his business reputation.

Further on, Antonov demands to acknowledge as totally unfaithful the statements by Lithuanian President Dalia Grybauskaitė who, back into 2011, characterized the activities of the Snoras leaders “as an impudent attack against the Lithuanian banking system and interests of the Lithuanian citizens”.

In wake of the measures to secure the Antonov’s suit, the court banned alienation of the real estate located on the Russian territory and staying in the possession of the AB bankas Snoras. In particular, the facilities affected by the court ruling included 12 nonresidential buildings in Moscow and several nonresidential buildings in the Moscow area, as well as two concrete fences in the capital, total length 400 meters.

Apart from that, the court prohibited any change of the mortgagee of more than 10 apartments in mortgage with the AB bankas Snoras, as well as of the nonresidential buildings and premises, houses and ground areas located in Moscow, Moscow area, Saint-Petersburg and Yekaterinburg and also staying in the same bank mortgage.

The next court session on the Antonov’s suit is to take place on 22 September.

In the November of 2011 the authorities of Lithuania declared nationalization of Snoras Bank, the fifth largest commercial bank of the country at that time. Prosecutor’s General Office started the pre-trial investigation on the activities of the owners and top executives’ of the bank. Several days later Vladimir Antonov was detained in London charged with huge embezzlement and forgery of documents and then was set free on bail.

Antonov himself pointed to the political lining of his case prompting his plans to get a political asylum in Great Britain. In 2014 the British court ruled Antonov’s extradition into Lithuania. The businessman lodged the appeal but in the spring of 2015 the High Court of England rejected it and in July it became known that the businessman had left Britain. Later on Forbes reported on his coming back to Russia.

Filed under: News, Politics
Share Tweet Pin G Plus Email
previous article: How Technology is Disrupting Real Estate in the APAC Region
next article: 5 Ways to Get Negative Reviews Removed from Yelp