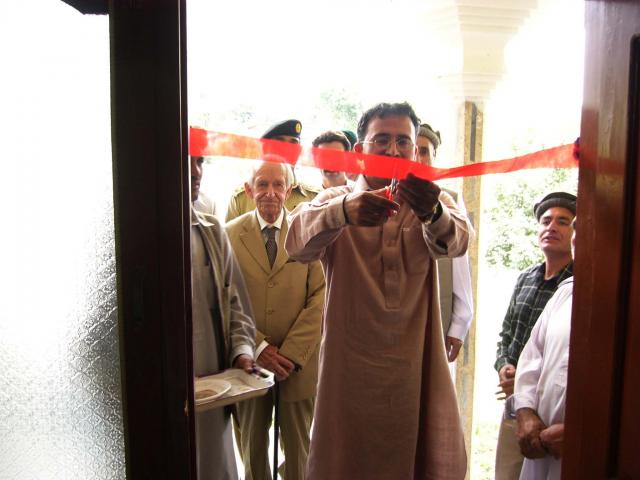 CHITRAL:  Opening ceremony of Ex-Servicemen Association office held here at its office on DCO road. District Coordination Officer Chitral (DCO) Mutasim Billah was chief guest on the occasion while the ceremony was presided over by Major Retired Ahmad Saeed. The ceremony was started with the recitation from the Holy Quran. Subadar Retired Amanullah Secretary of the Association presented welcome address and demanded for establishment of Fouji Foundation Hospital and welfare center at Chital free treatment of retired personal of defence and civil forces. Col retired Muhammad Sardar president of the association urged on 25% hard area allowance for staff of Chitral Scouts. He said some 20000 families are depending and related to Chitral scouts out of 45000 households. He urged on retired personals to play vital role for maintaining peaceful situation in the district as well restoring in the country.

He said according to a notification of federal government Chitral is a part of Northern Areas and all allowances should to be implemented here as admissible in NA. He thanked Commandant Chitral Scouts for sparing 45% Quota for children of Ex-servicemen on the request of association. Addressing to the ceremony Commandant Chitral Scouts Col Suhail assured of his full cooperation. He said we have already submitted the case for free treatment and ration on payment on subsidize rate. He stressed upon the retired persons to keep care hygienically of the their children for selection as commission officer in Pakistan Army. Because most of talent children are rejecting on medical ground.

DCO Chitral Mutasim Billah said that those nation never fail who adopt profession as mission. He said that God loves those who love and help other. Quoting instance of Japan which was hit by Nuclear bomb but they re-organized themselves and now dominating second on world economy despite that they have less natural resources as comparative Pakistan. He stressed on the association to also focus on national issues and play their role as safeguard for maintaining peaceful environment of Chitral. He suggested for detailing mini committees for enhancement of health, education, drug addicting eradicating and promoting social harmony. Abdul Wali Advocate announced of rupees 10000 cash award for talent children who pass their examination in first position. Sartaj Ahmad Khan Tehsil Nazim Chitral assured the association on behalf of district government for their full cooperation. He appeal the association to perform voluntarily duty by Junior Commission Officers in different parts of Chitral against social evils. Major retired Ahmad Saeed who was presiding over the ceremony demanded for legislation as to authorized these committees to work on volunteer basis. At last DCO Chitral inaugurated properly of Association office by cutting ribbon. Sweet were distributed among the participants. A large number of retired personals belongs to Pakistan Army, Chitral Scouts participated in the opening ceremony.