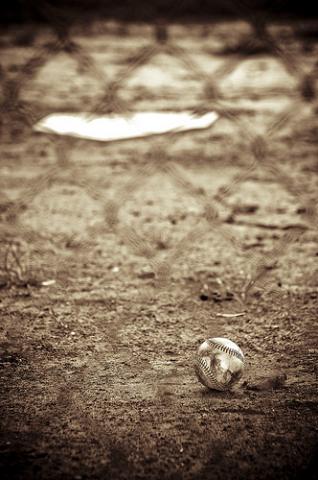 It is rare for a professional athlete to take time off for mental issues, but it has happened three times in just the first two months of the major league season. Detroit Tigers pitcher Dontrelle Willis missed the opening six weeks of the season due to an anxiety disorder, and both St. Louis Cardinals shortstop Khalil Greene and Cincinnati Reds outfielder Joey Votto were placed on the 15-day disabled list Friday for mental health issues.

Greene agreed to be placed on the DL because of social anxiety disorder, a condition that has been apparent to coaches and teammates. “Greene’s condition causes incessant anxiety based on a fear of failure that feeds his self-consciousness,” writes the St. Louis Post-Dispatch. “Unable to channel his emotions, the resulting frustration makes him prone to physical and verbal outbursts in front of teammates.”

The 29-year-old said that he has had symptoms of the disorder since childhood, but it has become worse over the past several years as he has struggled on the field. A once highly touted prospect, Greene hit just .213 last year for the San Diego Padres and cut his season short after he injured himself punching a dugout wall.

For links to sites covering rules, history, news, analysis, statistics, ticket buying and more, see the findingDulcinea Web Guide to Major League Baseball.
The Post-Dispatch reports that many teams “saw red flags and virtually blackballed him as a trade target,” but the Cardinals were unaware of any mental health problems when they acquired him in December.

Greene was handed the starting shortstop role, but struggled to start the season following strong performance during spring training. His increasing anxiety disturbed some teammates, who “expressed concern about the degree of Greene’s self-punishment,” according to the Post-Dispatch. On May 19, manager Tony La Russa announced he would use Greene as a utility player to help ease the pressure he was feeling.

ESPN’s Rob Neyer was among those who thought that more serious action was required. “Is there anyone outside of St. Louis who doesn’t realize that Greene needs a long break from baseball, during which he engages in some serious talk therapy and perhaps a bit of medication,” wrote Neyer.

Votto was placed on the disabled list for a much more vague condition that the Reds announced as  “stress-related issues,” reported MLB.com. Unlike Willis and Greene, Votto was performing well on the field, but had struggled with flu symptoms and dizziness related to an inner ear infection.

Reds general manager Walt Jocketty said that Votto’s condition had little to do with the ear infection. “It’s basically something that Joey needs some time away to deal with,” he said. “We gave him that time. It’s not a big deal, but it’s something that was affecting his ability to play at the level he wants to play at.”

Greene and Votto can be encouraged by the performance this year by Kansas City Royals pitcher Zack Greinke, who spent time on the disabled list in 2006 to receive treatment for social anxiety disorder. Greinke has allowed just 10 earned runs in 11 starts, and Sports Illustrated declared him to be “right now … the best pitcher in baseball.”

Sources in this Section

Some in baseball questioned whether Willis actually had an anxiety problem and theorized that the Tigers only put the pitcher on the disabled list to keep him out of the rotation until he improved on the mound, wrote ESPN’s Jayson Stark.

The authenticity of Willis’ illness was further questioned after he returned to the team in May and declared that he had always felt fine. He has pitched well in his return and shown no signs of anxiety, reports The Washington Post.

Zack Greinke
Zack Greinke was a highly touted pitcher who debuted with the Kansas City Royals in 2004 as a 20-year-old. However, he grew to hate playing the game and became withdrawn as he struggled on the mound. He thought about quitting and nearly did in 2006, when he stormed off the field during a Spring Training workout, wrote Yahoo.

Greinke, whose family has a history of depression, was diagnosed with social anxiety disorder and given medication. After several months of workouts and minor league games, he began to better control his mood on the mound and began to enjoy the game again.

Jim Eisenreich
Jim Eisenreich grew up suffering from what would later be diagnosed as Tourette Syndrome, which caused muscle tics and jerks, and oftentimes a difficulty breathing. When he reached the majors as an outfielder, he was surrounded by fans in the outfield for the first time and began to feel embarrassed by the odd tics he would make between pitches, according to The New York Times.

Eisenreich’s anxiety became so bad that he sometimes left the field during an inning. He went into retirement in 1984 to receive treatment for his disorder and was officially diagnosed with Tourette’s, says his official Web site. After two years of treatment he learned to manage his Tourette Syndrome and his severe anxiety, enabling him return to baseball and enjoy a successful career.

Ricky Williams
Anxiety disorders have affected athletes in other sports, as well. Ricky Williams won the Heisman trophy playing running back at the University of Texas and was drafted fifth overall in the 1999 NFL Draft. Hailed as the savior of the New Orleans Saints, Williams struggled with the media attention and often gave interviews with his helmet and visor still on, describes the Anxiety Disorders Association of America.

He was diagnosed with social anxiety disorder, and given medication and support. “After I was diagnosed with Social Anxiety Disorder, I felt immense relief because it meant that there was a name for my suffering,” he said. “I wasn’t crazy or weird, like I thought for so many years.”

His play on he field improved drastically, as he developed into one of the NFL’s top running backs. However, Williams has struggled to remain in the NFL due to continued use of marijuana, which he allegedly uses to help him with his anxiety, reported ESPN.