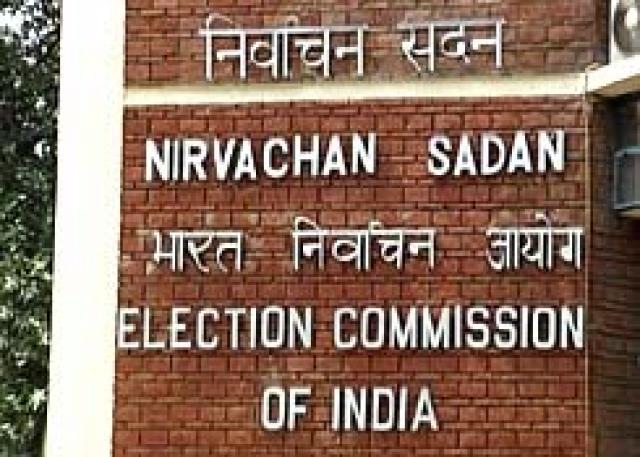 After the Shri Amarnath land row leading to a political crisis in the state, the Chief Minister (CM) Ghulam Nabi Azad resigned following withdrawal of support by the coalition partner Peoples Democratic Party (PDP). The Election Commission (EC) is contemplating holding the Assembly elections in J&K in the month of November. Prolonged protests in the state and a revival of separatist feeling among some sections in the Kashmir Valley had sparked off speculations about the indefinite delay in holding the polls.

After J&K, EC will go for the Assembly elections in five other states with a gap of 10 to 15 days, which are required for the movement of the central Para-military forces for the poll duties. The elections to the Jammu and Kashmir Assembly are due in November and after defusing the situation with the Jammu land accord, the government is banking on early elections to restore peace and stability in the state. As the Prime Minister (PM) Manmohan Singh on Tuesday had said that government has left it to the Election Commission of India to decide the dates for elections in Jammu and Kashmir, the EC will take a final call on the schedule of all these elections on October 3 at a meeting of the Chief Election Commissioner (CEC) and the two Election Commissioners.

The J&K elections are being held early to ensure they are over before the winter sets in for which both the Centre and the J&K Governor have given a green signal to hold elections in the state at the earliest, sources said.

The Centre had earlier hinted at putting off the polls in Jammu and Kashmir up to the next summer in view of the persisting tension in the Valley, but it has come around to resolve that it would be politically incorrect to delay the elections as it would not only give boost to the separatists’ current agitation but also send wrong signals to the international community.

Congress General Secretary, In-Charge of J&K and Minister of State in the Prime Ministers Office, Prithviraj Chavan, was in Srinagar last weekend to assess the situation and it was on the basis of his report that both the Centre and the Congress leadership decided to opt for elections on time to install a democratically elected government in the state.

Keeping in view the forthcoming election in the state, political parties across the state have issued directives to their party workers to gear up for the elections. The process of organizing rallies, meetings and contacts with the peoples even in those areas which were never visited by any politician has started gaining momentum across the state.

In Jammu region Congress, National Conference (NC), Bharatiya Janta Party (BJP) Bahujan Samaj Party (BSP) and Jammu and Kashmir National Panthers Party (JKNPP) are the main focus of the voters besides some dedicated independent and honest candidates. Peoples Democratic Party (PDP) seems have lost its ground in the Jammu region and political analysts observe that it would not be able to retain any seat in the region, what to talk of gaining.

Moreover, all the Jammu based political parties have started claiming to have done a lot for the cause of Jammu. They also claim to have attempted and initiated many things to end the decades long discrimination with the Jammu region.  But this time voters of Jammu region, particularly during the two months long Jammu agitation over the Amarnath land row, have keenly observed, analyzed and remained eye witness to the contributions of Jammu based political parties.

The two main political parties, which have always tried to cash votes on the name of discrimination with the Jammu region are BJP and JKNPP but the political history of the state says that JKNPP has not only claimed but also done a few things. One of the examples, which authenticates that JKNPP has done something for Jammu region is the transfer-back of rare and historical books of the Dogra culture during the tenure of Harsh Dev Singh as Education Minister, which were earlier transported to Srinagar from Jammu.

The BJP is more emotional, sensitive and inclined towards Jammu region; thus talks much about discrimination with the Jammu region and shouts slogans like abrogating Article-370 but on ground it could not do much.

Senior Panthers Party leader and former Education Minister, Harsh Dev Singh talking to this reporter said that JKNPP is the only party that speaks, highlights and initiates steps to solve the problems of people across the Jammu region.

He added that the JKNPP is focused to ensure and safeguard the rights of people of Jammu region and delimitation of Assembly constituencies. JKNPP stands for fighting against the regional, political and economical discrimination with the Jammu region.
When asked about the position of the JKNPP, he said, “Panthers Party is confident and has strong hold in all the three constituencies of Udhampur, three in Reasi, five in Kathua, Vijaypur, Domana, Samba, Nagrota, Nowshera, Budhal and 50 percent in Jammu, which needs more strengthening.”

Harsh Dev mentioned that the names of the candidates have not yet been declared but in a week or so it will be done. He said that party workers are doing a good job in every constituency and the feedback is very good.

He claimed that the party will emerge as the strongest with 20 to 25 seats in Jammu and will form the government with the party that will endorse the view points of JKNPP and willing to accommodate the policies of Panthers Party. JKNPP and independents could also form the government if number game favours, he added. He ruled out pre-poll alliance with any political party and said that JKNPP will contest at it own.

Asked about the pro-Jammu parties, he said that no other party could compete with the Panthers Party. When asked about BJP he said, “BJP only raises slogans, like abrogate Article-370, Mandir, Masjid and has no Mudda to contest and influence the people in Jammu region”. BJP is issueless party thus has no major role in the Assembly elections, he added.

It is relevant to mention here that the terms of the Assemblies in four other states are coming to an end only in December and that of the Rajasthan Assembly will end on January 14, and hence the EC has enough time to hold those polls after the J&K elections are over.
The Madhya Pradesh and Mizoram Assemblies will complete their terms on December 14, the Delhi Assembly will finish on December 17 and the Chhattisgarh Assembly will conclude on December 21.