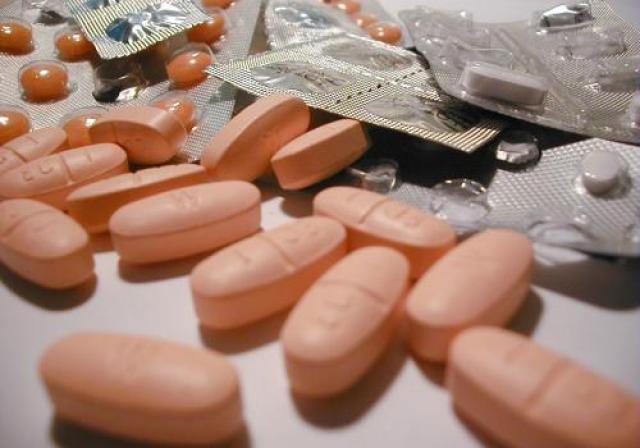 As the traders in Kashmir have snapped trade ties with their Jammu counterparts and are now purchasing the items directly from various other markets of the country including Punjab and New Delhi, it has been apprehended that life saving drugs and other branded drugs are being supplied in duplicate to the retailers in Kashmir.
This is evident from the fact that the distributorship of 15 to 16 companies dealing in such drugs and medicines is with the Jammu based traders like Galaxo, Cipla, Glanmark, Dan Pharms, Lupin etc.
As these companies from outside the state could not supply drugs and medicines directly to the traders of Kashmir keeping in view the legalities they have signed with the Jammu based traders so the chances are high that if they are purchasing such medicines directly from the open markets from outside the state they are duplicate or alternative.
Senior member of Institutional Traders Association Jammu, Nigam Gupta today said that 80 percent news about the snapping of trade ties by the Kashmiri traders with Jammu traders are rumors while he asserted that 20 percent traders are there in Valley who wanted to disturb the centuries old trade ties between the two regions of the state.
He added that the section of these 20 percent people are those people who have to pay money for the goods purchased on credit or want direct dealing with the manufacturers.
He ruled-out that any of their consignment of medicinal equipments, surgical items and pharmaceuticals have been returned by the Kashmir traders till date. Relevant to mention here that Institutional Traders Association feed the intuitions like, hospitals, nursing homes and clinics etc.
He said that government has identified such elements and it has to take action against them at the earliest.
When contacted Rakesh Gupta of Jammu and Kashmir Medical Pharma Associates said that some Gunda elements in Valley are forcing the traders to return the consignments of Jammu for their self interests.
He indicated that if such practice in continued the Valley could face shortage of medicines and also duplicate and alternate medicines could replace the branded medicines and drugs which could put life of Kashmiri people in danger.
Also claiming that the Kashmiri traders owe over Rs 5,000 crore to distributors and Forwarding Agents of Jammu against goods supplied on credit, a traders’ body asked dealers in the Valley not to succumb to pressures of separatists and sever age-old business ties with the region.
“We once again appeal to traders of Kashmir to keep politics out of trade relations. As healthy trade relation between the two regions is of mutual interest, they should not succumb to separatists,” CCJFAD Chairman Kulbushan Malhotra had said in Jammu.
The Coordination Committee of Jammu CFA and Distributors (CCJFADs) Chairman said that severing of trade ties with Jammu would prove disastrous for Kashmiri traders and public at large. CFA is a traders’ body that monitors stocking and distribution of all products in the state.
Kashmiri traders owe Rs 5,000 crore to distributors and Forwarding Agents of Jammu against goods supplied to them on credit, he claimed.
“Under threat from secessionists, trucks carrying supplies to various parts of Kashmir by the Jammu distributors are not being allowed to be unloaded there,” he alleged.
By preventing transport of drugs, the separatists are acting against the interest of their own people, he claimed.
The Kashmiri traders have been returning back the trucks carrying items from Jammu for the dealers in Kashmir.
The traders of Kashmir said that they would prefer goods from other states, which might take more time to reach them than allow goods from Jammu coming to Srinagar.
“We have decided that we will get goods from Punjab, Delhi and other states but not from Jammu. It might take eight nine days for the goods to reach Srinagar but we have decided to boycott goods from Jammu. Whatever past orders was given will be cancelled,” a Wholesale Dealer has said last week.
Earlier the Chamber of Commerce and Industries (CCI) of Kashmir has decided to continue the boycott of Jammu goods and import commodities from others states of the country. The decision to this effect was taken in a meeting of a group comprising of 15 traders was formed to review the current situation in the Valley besides importing commodities from Indian states and establishing of control room was also announced.
The Vice Chairman of the Chamber of Commerce and Industries, Muhammad Shafi Khan, in the meeting has said that the Kashmiris should be allowed to trade freely across the Line of Control (LoC) and they must be taken into confidence in this regard. The meeting was attended by the representatives of Kashmir Trade Federation, Tourist Trade Organization, Hotel & Restaurant Owners Association, Whole Sale Merchants Association, Mutton Dealers Association, Sopore Traders Association, Baramulla Traders Federation, Islamabad Traders Association, Batamaloo Traders Federation and Distribution Associations.