A Panel Compromise with 15 experts of Pharmacology is due to be handed over the document of amendments for the proposed draft of the National Drug Policy to the Health Minister Maithripala Sirisena withing next two weeks time the Government Pharmacists Union has said.

The panel compromise with Professors and Doctors On Pharmacology ,Pharmacists and other experts are currently preparing the amendments to the drug policy and the panel has already identified 22 clauses in the draft which should be amended the union has stated .one of the key factors identified as need to be amended is the clause 38(1) of the drug policy which has stated Doctors can prescribe drugs by generic name as well as with the trade name the Secretary Of The Pharmacists Union MR.Ajith P.Thilakareatne has stressed..

The draft of the proposed National Drug Policy which is displayed at the Health Ministry Web Site for public suggestions comes under heavy fire since last week after most of the intellectuals in the drug field have criticized the draft as a completely changed one when compare with Professor Senaka Bibile’s National Drug Policy . 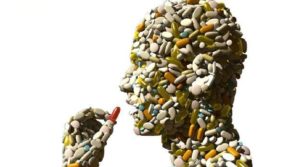 Filed under: Healthcare, News
Share Tweet Pin G Plus Email
previous article: Heaven Located At Abayaramaya Temple With Gods And Goddesses
next article: Iran prepares to confront ISIS terrorists in Iraq if requested to do so by the government of President al-Maliki