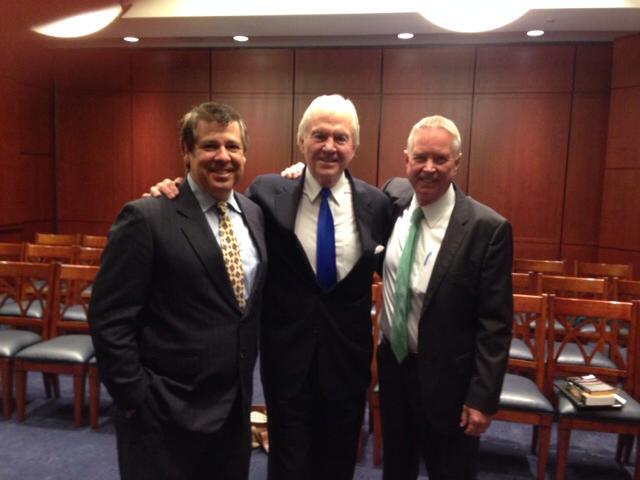 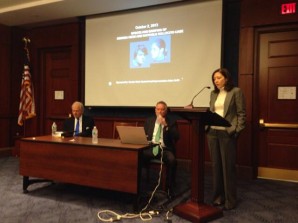 (Washington, D.C.) – This past Thursday, October 31, 2013, a panel of experts gave a briefing before the US Congress about the case of Amanda Knox and Raffaele Sollecito. Knox, an American citizen, and Sollecito, had been charged in 2007 with the murder of Knox’s British flatmate, Meredith Kercher, in Perugia, Italy. The case made headlines around the world with many important commentators calling into question the fairness of the proceedings against the two. An Italian Supreme Court ruling in March overturned Knox’s 2011 acquittal, raising the possibility of extradition and renewing US Government interest in the case.

The event, sponsored by US Senator Maria Cantwell (D-WA) and Representative Adam Smith (D-WA9), took place in the US Capitol Visitor Center. The panel included two retired FBI agents, John E. Douglas and Steve Moore, and Seattle area superior court judge Michael Heavey. All three have previously made clear their opinions that both Knox and Sollecito were innocent of any involvement in the brutal crime.

Knox was a University of Washington student who was doing her junior year abroad in Perugia when Kercher was found slain in the cottage she shared with Knox in the early afternoon of November 2, 2007. Knox and Sollecito were convicted in December 2009, but were released in October 2011 when an appellate court overturned their convictions. Last spring the Italian Supreme Court reversed the appellate acquittal. A third defendant, Ivory Coast born Rudy Guede, was convicted of the crime in 2008 and is currently serving a 16 year sentence. Guede’s conviction is not in dispute, although he continues to maintain his innocence. The defenders of Knox and Sollecito believe he committed the crime alone.

All three panelists made clear that they spoke independently about the subject and were not paid or given direction in any way for their work.

The audience included several members of the press, about two dozen congressional staff members, and several long time supporters of Knox and Sollecito. Representatives of the US State Department were also in attendance. Senator Cantwell introduced the panel and stayed for most of the presentation. The “Congressional Briefing” as it was called differed from congressional testimony in that the speakers were not placed under oath or formally questioned by members of Congress.

Judge Heavey is a recently retired superior court judge from the Seattle area. His oldest daughter had been a classmate of Amanda’s at the Seattle Preparatory High School, both graduating in 2005. He first began to speak out for Amanda in 2008. 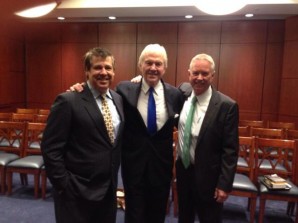 Over the years Judge Heavey has often spoken to the media and given many presentations to local groups about the case. Always he walked a fine line to keep within the State’s rules of judicial conduct which generally prevent judges from advocating for individuals. In 2010, he was admonished by the Washington State Judicial Commission for writing letters to the Italian judiciary on court stationary. In May 2011 he authored an open letter to President Obama in which he termed the case against Knox, “a witch trial being prosecuted by a delusional prosecutor.”

At the congressional briefing Judge Heavey spoke first and gave his standard PowerPoint presentation about the case. He outlined the powerful evidence against Guede and the lack of evidence against Knox and Sollecito. He also talked about some of the factors which often contribute to wrongful convictions: Predatory journalism, the need for a speedy arrest, junk science, false confessions, and a refusal of prosecutors to reexamine new evidence. He was also careful to note that the circumstances faced by Amanda and Raffaele pale in comparison to the loss suffered by the family of the victim, Meredith Kercher.

Toward the end of his presentation Judge Heavey stated, “This four year Italian opera is a farce; it is a fiction… Amanda Knox and Raffaele Sollecito are absolutely 100% innocent.”

The second speaker was Steve Moore, who had retired from the FBI in 2008 after a successful 25 year career. His work included investigation of white supremacist organizations, violent crime, and terrorism. His work with terrorism had taken all over the globe including time in Pakistan and Indonesia.

Mr. Moore had originally assumed Amanda was guilty based on his belief that most police forces generally get it right. In early 2010 at the urging of his wife Michelle he took a hard look at the case and quickly concluded that Amanda had been framed. After speaking in the media several times, his employer, Pepperdine University, gave him an ultimatum to stop talking about the case and fired him when he refused. This incident is widely seen as important by those who monitor free speech issues in higher education. 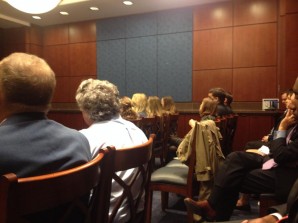 At the congressional briefing, Moore also gave a PowerPoint presentation in which he heavily criticized the collection of physical evidence and other actions by the local police. At one point he showed an image of a horse being painted to look like a zebra, suggesting that authorities were ignoring the obvious. He talked specifically about the use of a forensic chemical called luminol. Police had asserted that an extensive cleanup could explain the lack of crime scene DNA from Knox. Moore pointed out that luminol is effective in identifying crime scene cleanups and that it is impossible to remove the DNA of only one person while leaving that of others. Rudy Guede’s DNA and prints were found in abundance in the murder room while no trace of Knox was found.

As an experienced interrogator he also spoke to the issue of a brutal all night interrogation in which Amanda had signed a statement provided to her by authorities. He pointed out that many undisputed miscarriages of justice feature similar coerced statements and that a skilled interrogator can pretty much get somebody to say anything.

The final speaker was the renowned criminal profile John E. Douglas. While with the FBI between 1970 and 1995 Douglas had helped author the widely used Crime Classification Manual. Over his career he had interviewed many of America’s most notorious serial killers, including Ted Bundy, John Wayne Gacy, and Charles Manson. In the mid 70’s he helped found the FBI’s criminal profiling unit. 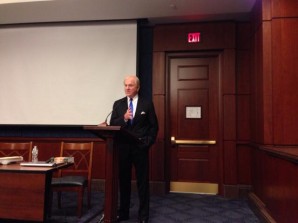 At the congressional briefing, Douglas talked about the factors which lead to miscarriages of justice such as false confessions, and a rush to judgment. He also outlined his involvement in other cases such as the West Memphis Three and the Jon Benet Ramsey case.

After his retirement from the FBI, Douglas teamed up with Mark Olshaker to author a number of books about crime. Their most recent effort, Law and Disorder had a chapter about Amanda and Raffaele’s case. Douglas wrote:

“Suffice it to say there is no evidence – repeat no evidence – to indicate that Amanda and Raffaele were even present at the crime scene, much less participants in the murder. All evidence – every single bit of it – proves that Rudy Guede, was also convicted of the crime – was solely responsible.”

Douglas also made clear that he had no stake in the case; he always seeks truth and acts in the best interest of the victim whether anyone likes it or not.

The Future of the Case 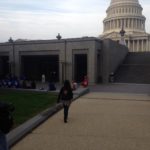 As directed by the Italian Supreme Court, an appellate court in Florence began proceedings last September. Their mandate is to review the original 2009 conviction. Unlike American courts, Italian appellate courts review both points of law and evidence. Recent news reports about a court ordered independent review of contested scientific evidence appear favorable to Knox. The court meets next on November 6 and is expected to reach a decision before Christmas. No matter how the court rules, the Italian Supreme Court will once again examine their decision.

Amanda Knox and Raffaele Sollecito have been free since October 2011 but their futures remain uncertain. Both have written books about the case and made numerous appearances on major news outlets to assert their innocence. The online debate about the case is one of the most contentious in recent memory. As an Italian citizen Sollecito is considered to be at more risk than Knox. Knox and Sollecito are both innocent. If US lawmakers need to act in the case, hopefully they will remember Raffaele Sollecito as well as Amanda Knox.