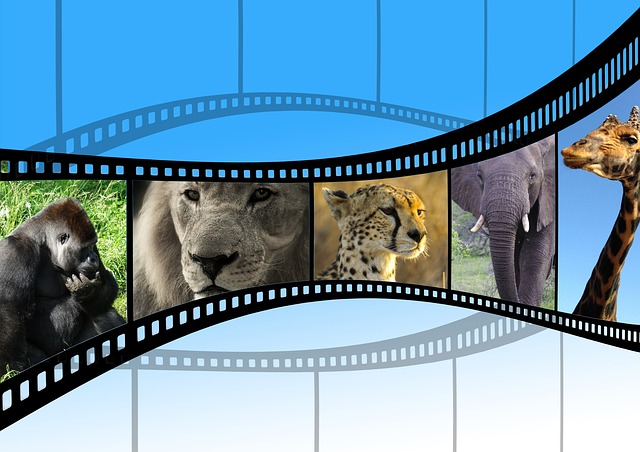 Video has evolved incredibly over the past few years as we see a rising trend of how social media networks started enhancing videos. Facebook introduced features like auto play and the “live” broadcasting capability of the platform even bringing profile pictures to life, while Instagram gave the possibility of posting short videos.

What is the idea behind the eye catching capability of the video though? Samsung had the right idea in mind when, starting with the Galaxy S4 they made the phone as intuitive as to know when you look away so it pauses and then plays again when gazed at. It had a huge success on the market because they called it a life companion and gave it “humanly intuitive” features.

We, as human beings are wired to distribute our attention to moving things, detecting faces, body language and movements at an unconscious level, converting everything that we see into emotion. If a video has the right content rightly put, then your message is as good as heard so why can we safely assume that videos would work better than images.

A catchy title can easily spread some questions in the human brain and where an image fails in exposing everything in one glance, the video keeps the viewer hooked on to the content for a longer span of time, allowing for the message to better stick into the mind of your viewers.

Exposing common happenings in a “how to” manner, grasps the interest of your audience because they can instantly relate to the content. This is the same reason why, after 9GAG having a huge success with pictures that expressed such moments, also launched its video platform. 9GAG even went as far telling you that you were inactive for one minute and that you should start scrolling again.

Cisco predicted that by 2017, 69% of the internet content will be in video. This obviously increases the value and usage of YouTube as the second largest search engine in the world and the third most visited site on the web. Third most visited; that makes for a strong statement for the future no? Facebook introduced the live streaming option to its platform in order to increase the personal user generated content that was plummeting.

Creative animated content also knew an increase in views since the second most favorite thing for people to do, is to dream about potential situations or simply to relate emotionally to an expressed feeling. Video production studios for animated content such as Qudos Animations specialize in putting into images anything you can imagine or need for your brand in a creative way, helping get the message through to viewers. You have to admit that everyone enjoys the occasional Disney movie so when resources are limited and your imagination is too much for the average budget, but could generate a big increase of conversion rates, animation is the way to go.

Are you amongst the people that make it their mission to click on no annotations as soon as a YouTube video starts playing? Many people don’t, so you can spread your messages and call to actions throughout the whole duration of the clip, even if not all users click the links, they see them and they understand their message which takes your mission half way already.

Don’t keep video content for your pages alone. Find ways to share as much as you can on websites, blogs and pages that relate to your message and that have the same business standards as yours. While distributing your video can help improve your image and increase conversion rates, it can also harm your image if you don’t distribute it correctly.

Be concise and clear

When are looking for a fix to your problem or need, you try to make your search specific. Be sure to use appropriate and short key words in your SEO so you get through all the noise and grab those views. The video needs to tell the company or product story in a manner easy to understand, that is crisp and no longer than 2 minutes since most users simply click through the video and if they don’t consider it good enough, they won’t give it a second thought before clicking on the next video in the list.

Make sure the headline is catchy and clearly states what the video is offering (giving a clear hint if it’s emotional, functional, or recreational content that the user can expect to get). Compare different approaches, maybe test it in focus groups or small groups of people that fit your target, to see which approach best caters your needs.

Videos can lift your landing page conversion rates by increasing the time that people spend while watching. People are watching less and less TV which gives more attention to the online content. People trust online content more than TV content, relating easier to vloggers or people like them who post videos, than to the stars on TV that endorse certain products or services. That is why they spread the word by sharing, making content viral or even creating a meme that helps your content stick to the web for a while.

When you discover a trend, you have to use it. It’s the first basic rule of marketing and communication. When you want to promote a brand and spread the word you want to be original and agencies or search engines could help solve your need. When your targeted audiences want to find a brand or spread the word they first turn to the web so make sure that you’re the first they find and that you catch their eye because the beauty and scary part of world digitization is that no one gives a second chance.