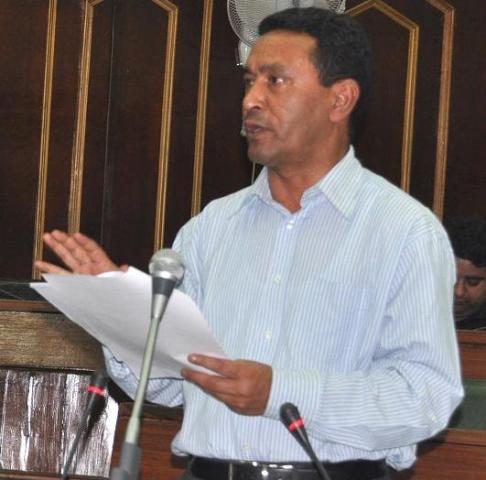 , March 18 (Scoop News) – Minister for Tourism and Culture,  Nawang Rigzin Jora today said the Government has embarked on a multi pronged strategy to develop and showcase boundless tourism potential of the State both at domestic and global level. Development of basic tourism infrastructure through private investment, opening of new potential destinations and development of heritage, adventure, pilgrim and eco-tourism form components of the plan.

Replying to debate on demand for grants of the departments under his charge in Legislative Assembly today, the Minister said that an amount of Rs. 222 crore have been incurred on development of tourism infrastructure under state plan during last two years in the State.

The Minister said that development of rural tourism has been brought in to focus under which 53 villages across the state have been approved to be developed as tourist villages for which Centre has agreed to provide requisite funds. He said that government has identified two mega tourist projects for development at a cost of Rs. 100 crore which include spiritual destination of Leh, development of mega tourist circuit from Naagar Nagar to Watlab and conservation and restoration of Mubarak Mandi Heritage complex.

The Minister said opening of new tourism destinations having high tourism potential is top priority of the Government, adding that 20 new tourism destinations have been identified for exploitation in the last few years by creation of Development Authorities adding that separate Tourism Development Authority for Doda-Banihal-Gulabgarh is under consideration of the government. He said 36 new tourism projects have been prioritized and Centre is expected to sanction Rs. 100 crore for these projects. He said development works amounting to about Rs. 21 crore are apace in two tourism circuits including Jammu-Rajouri-Poonch, Kathua-Sarthal-Bhaderwah adding that Rs. 2 crore have been sanctioned for development of Bungs as a major tourist destination. He said border tourism is also been explored in the state adding that a bio-diversity park is being developed in Lolab-Bungus valley. He said more areas like Gurez, Dumchuk, Khag, Drugjan, Marwah, Wardwan, Dacchan and Blessa are being taken up for development of tourism infrastructure.

The Minister said pilgrim tourism has a good market in the state adding that during this fiscal over 1.15 crore pilgrim tourists visited the State. He said that Rs. 4.4 crore has been provided for development of tourist facilities under pilgrim tourism scheme during current fiscal.

Jora said development of eco-tourism is the main thrust of the Government. He said to promote eco-tourism, various eco-friendly steps are being taken while building basic infrastructure at tourism spots.

The Minister said in order to provide protection to the interests of the tourists visiting the state, the Tourist Trade Act-1978 is being amended to make it more effective and more relevant to the present tourism scenario. He said in order to enhance the capacity building in tourism sector, as many as, 787 persons were trained under SBSP and Hunar-se-Rozgar schemes. He said expertise of professional consultants INTACH is being utilized for identification and preparation of tourism related DPRs.

Regarding tourism Development Corporation, the Minister said that an amount of Rs. 3.50 crore has been incurred on restaurants and hotels run by the corporation, which, he said has earned a revenue of Rs. 19.98 crore during current fiscal against Rs. 17.94 crore during previous year marking an increase of 11 percent.

The Minister said that 80 percent work on Kungdoori chairlift has been completed whereas the rope way project at Mokdoom Sahib is being tendered shortly. He said ropeway project between Mubark Mandi and Bahu fort will be executed shortly through RITES.

The Minister said that centrally funded projects amounting to Rs. 315.72 crore are under different stages of implementation to boost tourism sector in the State.

The Minister said that government is keen to preserve and develop cultural heritage sites for Repository and make them Compatible to promote cultural tourism in the state, adding that 9 monuments of historical significance have been declared as state protected monuments and some more monuments are under consideration. He said has a distinction of having one of the oldest Archival Repository in the country with its record holdings dating that to 1742-AD. He said the construction of new state-of-art museum building at is nearing completion. He said the famous at is being conserved as an important heritage complex for which, an amount of Rs. 50 crore is being incurred in first phase.

Jora said that an ambitious project is being formulated for digitization of rear books in the libraries department adding that Rs. 17. 34 crore project for construction of multi storied SPS Centre Library has been taken up for execution. He said library department intends to construct its own buildings for district libraries.

Later, the House passed grants amounting to Rs 20759.80 lakh by voice vote for the departments of Tourism and Culture after the concerned members withdrew their cut motions.