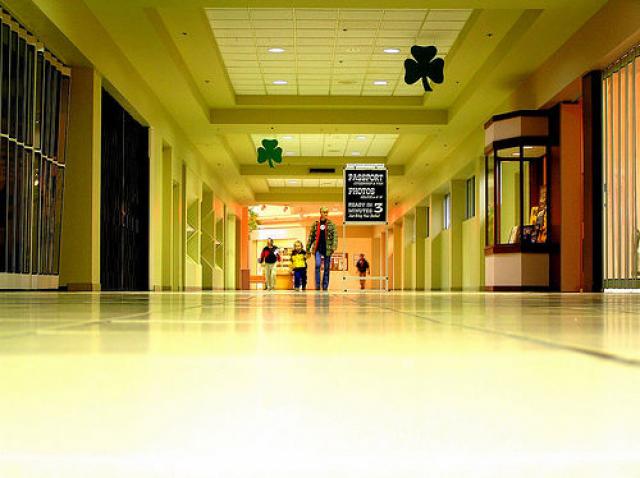 Too many malls and too few people willing to drive are making malls a dying species.

Shopping malls seemingly shot up at almost every highway exit during the 1990s. Today, consumers are mainly shopping at superstores and there are so many malls that many of them can’t turn a profit. “Retail is always cannibalizing; the next mall is always farther out and will rob market share from the one that is closer in,” Ellen Dunham-Jones, director of the Georgia Institute of Technology’s architecture program said.

The trend in failing shopping malls have been going on for years, but is worsening now that people are trying to curb back on driving. In 2003, smaller malls failed because they weren’t as flashy as big supermalls. Some malls were reconstructed so they would be more like outdoor villages. Economic consultant Bill Anderson explained, “once they’re redeveloped there is an opportunity to attract the growing number of people who are frustrated with driving everywhere and want more pedestrian areas.”

In Lakewood, Colorado, developers have gone one step further and turned a dying mall into a downtown area called Belmar. Belmar has apartments, stores and restaurants, a design that may signal an end to urban sprawl and suburbia as we know them.

Filed under: Lifestyle, US
Share Tweet Pin G Plus Email
previous article: What to Expect at the 2008 G-8 Summit
next article: College Culture Shift as Sixties Generation Retires