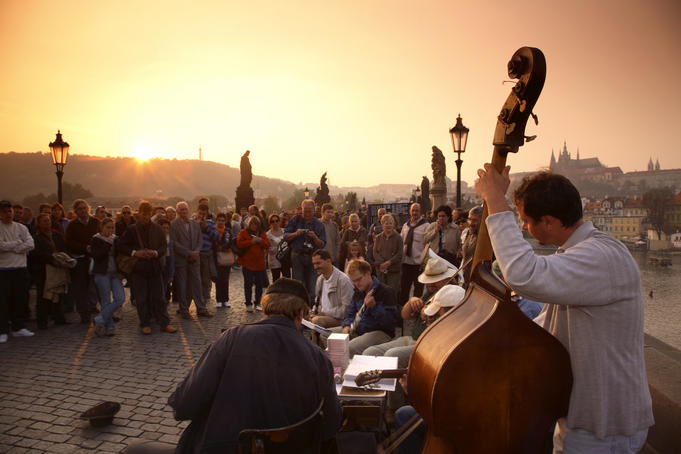 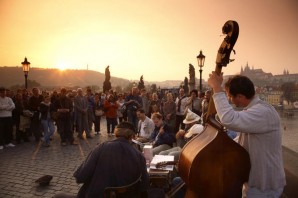 Tourists , are not the only ones who enjoy the music, sights and sounds in Czech Republic – so do foreign spies, particularly Russian and Chinese.

Russia deployed an “extremely high” number of intelligence officers at its Czech embassy last year, according to a secret service report.

“Based on the threat level posed to Czech interests and citizens, the BIS continued to focus its  counterintelligence efforts in 2013 on Russian and Chinese intelligence activities in the Czech  Republic.

Both the Russian and the Chinese embassy employ intelligence officers serving under  diplomatic cover.”

In 2013, the number of such officers at the Russian embassy was extremely high.  Moreover, further intelligence officers traveled to the Czech Republic individually as tourists,  experts, academics, businessmen etc. It is unfortunate that the denial of visas or accreditations for  Russian citizens with ties to Russian intelligence services leads to retaliation against Czech career  diplomats.

It may seem that exerting influence by employing active or other measures is not an espionage  tactic. In fact, quite the opposite is true.

Retired KGB Major General Oleg Kalugin described active  measures in a CNN interview as “the heart and soul of Soviet intelligence”: “Not intelligence  collection, but subversion: active measures to weaken the West, to drive wedges in the Western  community alliances of all sorts, particularly NATO, to sow discord among allies…”. The Cold War and  the Soviet Union remain remnants of the past; however, the Russian passion for active measures  (and agents under non-official cover) has not waned. Our today’s world differs only in one aspect  from the past: the “divide and rule” policy in relation to the Czech Republic, EU and NATO is  employed not only by the Russians, but also by the Chinese

Russian and Chinese open, semi-covert and covert active measure operations aimed at  expanding influence in the Czech Republic rely on easily influenced Czech citizens helping them  either intentionally or unintentionally. The Russians and the Chinese focus mainly on journalists,  members of parliamentary political parties, civil servants, lobbyists, networking organizations, the  management of employer or employee organizations, activists and non-governmental organizations.

In order to prevent the expansion of Russian and Chinese influence (and espionage in general) it is  necessary to realize that interest expressed by a Russian/Chinese diplomat, journalist or expert may  not be caused by one’s exceptionality, but by intentions to make use of such ties for intelligence  purposes.”

Note: The mission of the Security Information Service (BIS), which was created as a state intelligence agency of the Czech Republic, is to protect national interests, democracy and freedom, and to defend individual citizens and the state vis-a-vis the most serious forms of crime.  Ublike most other spy agencies the Czechs work in collaboration with other intelligence agencies for protection of the state and partner services of all democratic countries, BIS fulfils the task of anticipating, blunting and eliminating threats which put in jeopardy, not only the republic but  the entire human civilization. This is in keeping with its creed. It is one of the best intelligence agencies in the world.