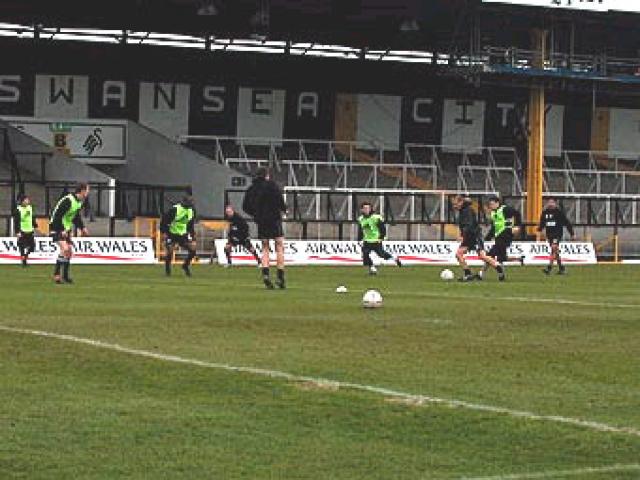 Histon boss Steve Fallon has bolstered his defensive ranks with new signings Adam Bygrave and Marlon Patterson after Gareth Gwillim was ruled out for up to two months with a knee injury and Craig Pope recovers from a bout of illness.

Striker Jack Midson must serve a one-match suspension after collecting his fifth yellow card of the season against Cambridge but defender Matt Mitchel-King comes back into the reckoning after completing a three-match ban.

Swansea boss Roberto Martinez will give full-back Federico Bessone (hamstring) a late fitness test while midfielder Andrea Orlandi will continue his comeback from a thigh injury and is likely to start on the bench.

Striker Jason Scotland may return to the starting line-up in place of midfielder Mark Gower after coming off the bench for the final half-hour of the 0-0 draw at Birmingham.