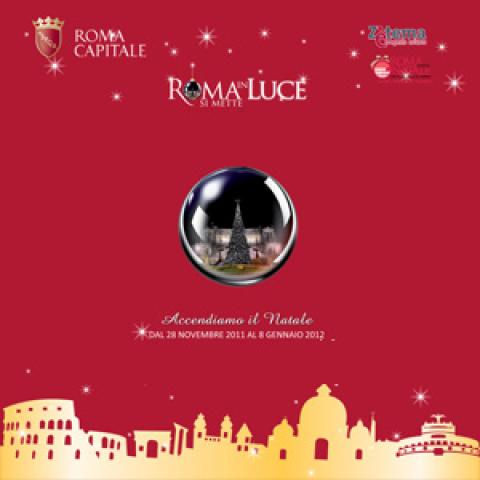 Aeroporti di Roma, President Fabrizio Palenzona, the first Italian airport is once again be a star player in a unique event of international dimension. White and colored LEDs, lighting effects and projections on giant screens

At the end of the celebrations for one hundred and fifty years of Italian Unification and the fiftieth anniversary of the Leonardo da Vinci international airport, Aeroporti di Roma will host a innovative initiative that is the only one of its kind.

An extraordinary lighting project, which falls within the broader program organized by Roma “Si mette in luce” (Rome is brought to light) during the Christmas season, will begin at the Leonardo da Vinci and will follow as “lighting up” of the main streets and historic sites of the city. An opportunity to receive citizens and tourists arriving in the capital with a special welcome.

Thanks to the technological innovation new applications of Web 3.0 and of augmented reality, the first Italian airport is once again be a star player in a unique event of international dimension. The turning on of the lights, which will be the starting signal all the others, will follow a single creative direction, with white and colored LEDs, lighting effects and projections on giant screens. Two Christmas trees will be installed at T1 and T3 and the Butterfly installation created by designer Chiara Lampugnani will be placed on the platform outside TI.

The inauguration of intercontinental airport of Rome was the consecration of the role that the new Italian Republic had achieved in the international context and a country that was becoming a player in building a Europe based on peace. Now Rome Capital, is firing up, and, with it Italy, a new energy that drives our choices and is called passion for tomorrows, in this concept there is all great power of the Italian DNA that with very high expectations is the engine of recovery.

Designed and created 50 years ago to be a major hub, an intermodal system and contemporary, Leonardo da Vinci airport sees more than 36 million passengers every year flow through it, thanks to the 210 destinations served from Rome and 110 airlines in operation, and it is a leader in airport retail with some 170 stores, representing the visiting card for those who enter our country.