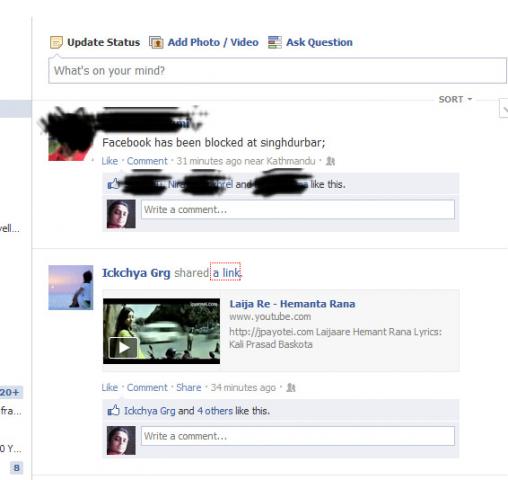 Kathmandu Nepal: In the central administrative wing of Nepal Government Singha Durbar FACEBOOK has been officially banned. According to sources FACEBOOK was banned with due in consideration from the IT department reasoning more visits and clicks to the website.The social networking site has been seen as a huge threat from office effectiveness and efficiency where employees are seen chatting and wasting their times and resources.
In the past few incidents workers have been caught writing theirdissatisfaction in their status update and leaking official information in regards to their professionalism and personal life.
Filed under: Media & Tech, World
Share Tweet Pin G Plus Email
previous article: Pakistani Kashmir Demands Power and End to Corruption
next article: The history of the Andhras