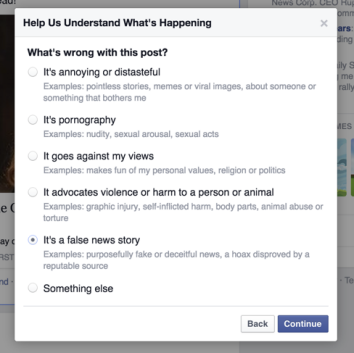 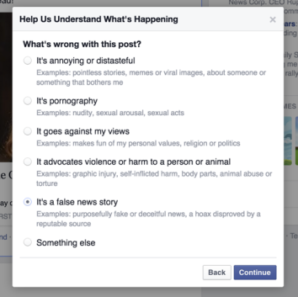 Will we have to finally accept that income inequality exists, or worse – that Santa Claus does not?

Perhaps. But not so fast.

Recently, Facebook announced a new feature whose aim is to reduce the circulation of fake news and intentional hoaxes. From now on, its users will be able to flag posts that are an example of “purposefully fake or decitful news” or a “hoax disproved by a reputable source.” In addition to that, they will be able to notify their friends reposting the ‘news’ about its fake nature, as well as to urge them to delete it.

The mechanism behind Facebook’s strategy is simple. As Time highlights, people are twice more likely to delete the news after being directly notified. Moreover, the social media platform will keep monitoring the reports to determine which stories are deemed fake in order to prevent them from going viral. The more flags, or deletes, the more likely a news is a hoax – at least in the eyes of the public.

Will Facebook delete bogus posts? No, but it will add a warning that they contain false information.

It looks like the Onion, Clickhole and the like are safe – at least for now, or as long as the users consider their content harmless enough so as not to report it. While battling the fake news industry, one has to keep in mind that, profiting solely from display ads, it relies heavily on increased traffic. That, however, could be easily slashed thanks to Facebook’s new feature.

Filed under: Business, Technology
Share Tweet Pin G Plus Email
previous article: “Thanks, Obama.”
next article: Rev. Conroy prays for the gifts of wisdom and discerment be given members of Congress