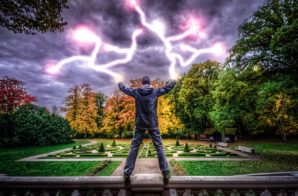 Dealing with Failures in Your Life – Has It Been a Problem for You?

Analyzing the Failures in Your Life:

What people need to do is use it as a learning tool and move-on in their lives? They should consider failures and mistakes as an educational tool instead of being left with a feeling of hopelessness, failure, and worthlessness.

In everyone’s daily lives, people cannot allow failures and mistakes to rob them of their self-worth and self-image; realizing failure does not rule them, they’re the one who holds the key to their successes and they’ll not allow failure to defeat them. They’ll not become weakened by failure but they’ll accept it as a means of strengthening their mind and increasing their will; and also with a stronger aspiration to move on with a positive can-do attitude, using the mistake as a learning tool.

Do you know that many people who have had a failure or suffered a bad mistake in their lives end up without any self-confidence or a lack of self-esteem for the remainder of their lives? It’s my opinion, this is the real reason many people fear experiencing new interests because they’re afraid they’ll repeat their failure again. They remain in a deadlocked position of fear because they’ve lost their confidence and are afraid to try anything new. The longer they allow fear to fester in their minds, the worse they will become until it cripples them totally. Fear is a disaster to a person’s intellect; a person must wash fear out of there vocabulary and move on in life.

People need to discuss their failures and mistakes with professionals who can help them to overcome their fears so they can move on to have a healthy and active life. Nip fear in the bud before it “overtakes” ideas because it can brew into anxiety attacks. Everyone experiences failure at some point in their lives; and yes, they may feel incompetent but they need to consider their failure as a learning tool and realize “all people” have failures in their daily lives. Don’t sit back and allow fear to erode the joy and happiness that can be present in life.

We, as parents, need to discuss “failures and mistakes” with young children and teach them that “all” people have failed in their lives; and it’s okay, but they are not to give up but keep on to defeat their failures.

This article is was written by Barbara Kasey Smith and it is based on her sole opinion. Copyright 2016 – Use by Permission Only.