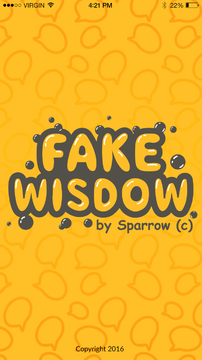 I had a chance to sit down with Sparrow, a New York street poet about his latest work, the app FAKE WISDOM on the Apple Store. 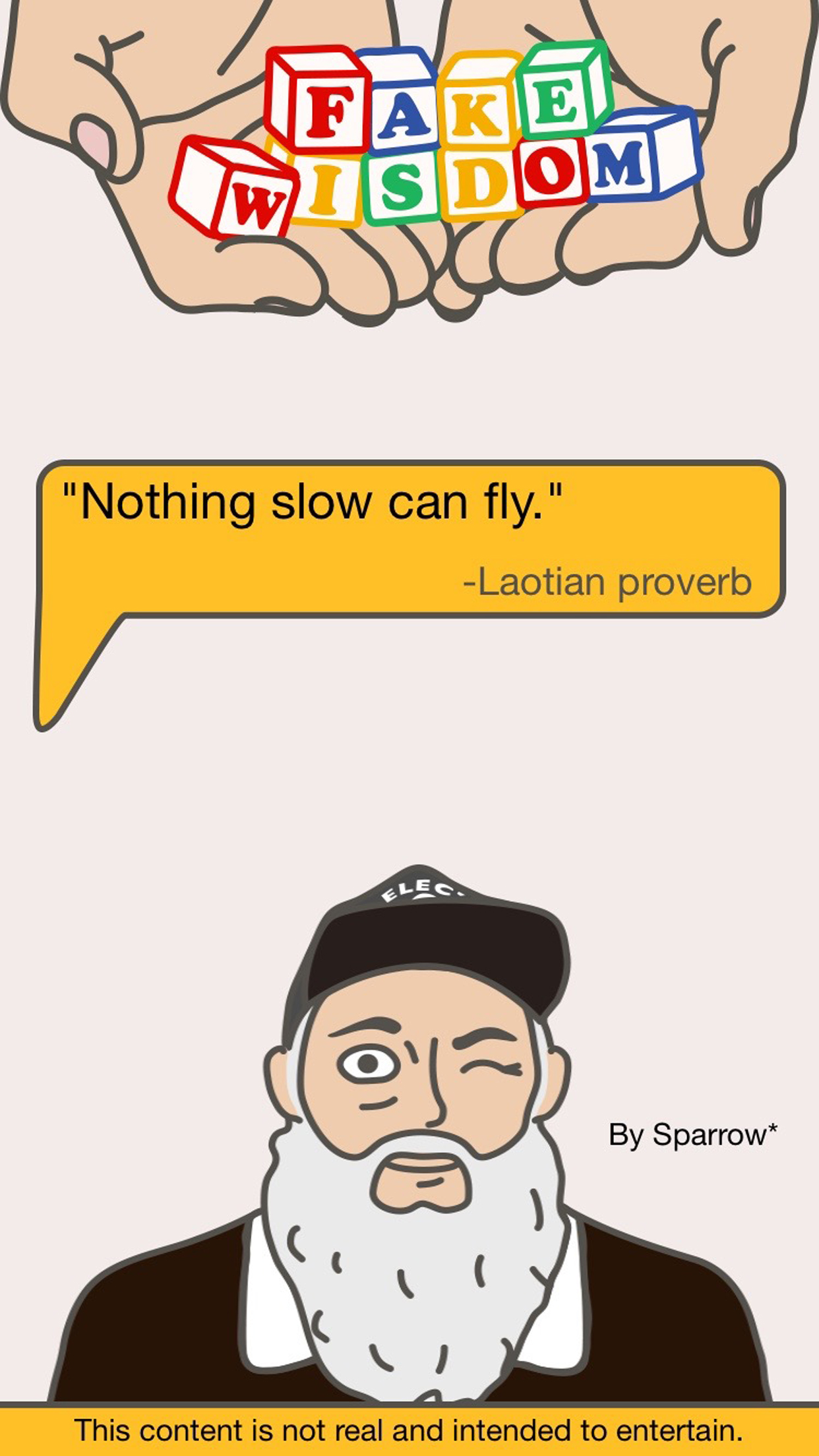 ME: Sparrow, with all due respect, why would you cheapen your art by becoming an app on iTunes?

SPARROW: Did I have a choice? The world is moving online. 75 million Americans have iPhones. As an app I can reach millennials who will never step into a bookstore, even for a cup of coffee.

ME: You are aware that e-book sales are dropping as a percent of the overall book publishing industry? So you are, in fact, bucking the trend back to print. The number of independent bookstores has actually increased by more than 20% since the great recession to 1,775 in the United States.

SPARROW: Yes, I am bucking the trend. That is what revolutionary artists do. People are obsessed with their iPhones. The average American checks their iPhone 17 per day – actually older people use smartphones more than teenagers – probably because cellphones are banned in school. Am I being unreasonable to add a little FAKE WISDOM to their daily life?

ME: Point taken. But why FAKE WISDOM? Why not a collection of your poetry? Or your satirical works like Republican Like Me: A Diary of My Presidential Campaign.

SPARROW: The digital world demands fast. When checking their phones, readers need to get in and out – before they hit the car in front of them. FAKE WISDOM quotes is short, funny and thought provoking. Most fake quotes are under 100 characters – even less than a Tweet. Satire that can be consumed on the fly.

ME: Yet I have noticed the FAKE WISDOM quotes linger in my brain. Mainly because I have never heard of the people they are attributed too. Why such obscure attributions?

SPARROW: Now we are going full circle in this fake interview. The quotes are attributed to intellectuals whom the world has forgotten. Intellectuals who need to be remembered for their contributions to Upper West Side leftist culture.

ME: One last question. Why only one quote per day?

SPARROW: I am an admirer of Buddha. And Christo. Both philosophers recognize that art, like the flesh, is ephemeral. It comes and goes like a wisp of smoke. FAKE WISDOM quotes are designed to exist during the now and then disappear in the digital mist.

• * * * *
FAKE WISDOM costs $3.99 after a free three-day trial period, about one penny per day net to the writer, Sparrow. The app can be downloaded on the Apple Store for iOS devices, i.e., iPhone. Sorry Android users are out of luck for now.