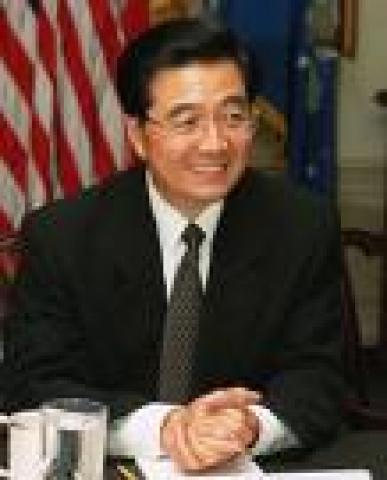 Canadian counter-intelligence hackers penetrated GhostNet today and secured a copy of the Chinese Stimulus Plan that will be unveiled next week in London by Hu Jintao, President of the People Republic of China.  The plan codenamed "Demand Generation" (“DG”) will pay unemployed people in the United States to shop.  Under the plan, Americans who can prove that they are receiving unemployment benefits and have received some unemployment benefits since December 2007 will be able to earn $10.95 per hour by shopping at retail outlets like Walmart, Home Depot, Best Buy and Old Navy.  The final list of eligible chain stores will be released by the end of April 2009.

The program will be administered by the China Embassy in Washington DC and coordinated regionally by China’s five consulates in New York, New York, Chicago, Illinois, San Francisco, California, Los Angeles, California, and Houston, Texas.   In addition, a web site will be launched before the end of April to serve eligible Americans in remote locations.  Participants will be required to wear a GPS/GSM equipped belt buckle that will be turn on and off a timer each time it passes an electronic article surveillance system.   After accumulating $100 worth of shopping hours, vouchers will be emailed to program participants that can be redeemed for merchandise.  Retailers will be able to redeem the vouchers for cash at the Chinese Embassy and Consulates.

The Chinese Government has determined that the stimulus package promoted by the Obama Administration is flawed and will not restore Chinese exports fast enough to offset social unrest in China. By paying America’s five million unemployed $10.95 per hour to shop (ten times the average hourly rate of a Chinese worker), the Chinese are acknowledging the importance that the American consumer plays in the global economy.  Based on their understanding of post-capitalist economics, the bifurcation of the global marketplace into consuming and producing economies cannot be reversed and must actually be accelerated.  Americans have shown a clear aptitude for consuming more than they produce, while Chinese workers clearly are better at making things and saving more than they spend.  By emphasizing the unique skills of each country, through the specialization of labor, the global market will benefit and expand through free trade and globalization.  Given the fact that China will back up the program with one trillion dollars of accumulated reserves, which is equal to 28 days of American GDP, the program is more likely to jump start the global economy than the Obama Administration’s weak efforts to stimulate a recovery through $800 million of  ‘shovel ready’ municipal waterparks and first time homebuyer taxes credits that won’t be paid until 2010.

President Hu will present the plan as part of a new era of globalization based on China’s official new economic theory called socialist consumerism.  Socialist consumerism is the public policy of paying the working class in developed economies much more money per hour than their counterparts in emerging markets, so that consumers in mature economies can buy the cheap labor of emerging market workers in the form of lots of low quality goods.  By loading the unemployed up with unnecessary possessions that they are loathe to give away, the so-called clutter society, social unrest is mitigated in both mature and emerging markets.

As President Hu will state in his address to the G-20, "The global economy rests on the strong shoulders of the American consumer.  If the American consumer continues to buy designer knock-offs in every possible hue, electric gadgets with every size and shape charger and truck loads of over-engineered athletic shoes, China will committ to recycling the hard earned savings of its toiling masses in the form of vouchers for American shoppers."