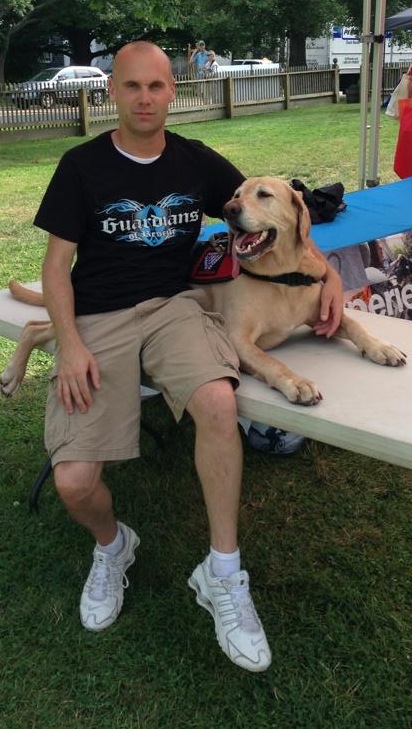 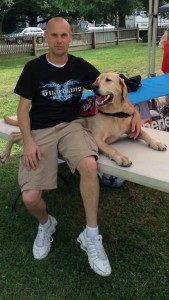 Photo courtesy of Guardians of Rescue

America loves trends, and the latest one that is sweeping the nation involves dogs. In particular, it is an issue that pits service dogs against dogs who haven’t had such professional training and are claiming to be one. Fake service dogs are a trend that many businesses are finding has become increasingly popular. It’s also a trend that is causing undue stress to the many veterans who really do need service dogs to help them deal with such issues as post traumatic stress disorder (PTSD).

“Many veterans benefit from having a trained service dog with them, if they suffer from issues such as PTSD,” explains Robert Misseri, president of Guardians of Rescue. “Yet they are now being faced with additional stress because of people who are creating a rash of fake service dogs, leaving businesses unsure which are really true service dogs.”

People around the country are engaging in the fake service-dog trend. Some want to be able to take their dog anywhere they like, including into restaurants, on public transportation, or to nightclubs.

“The companies that are more discerning are the ones that position themselves as a reliable source for certified service dogs and convince people they are legit, when in fact they are giving you false credentials,” explains Jack Garcia, a volunteer investigator for Guardians of Rescue and retired FBI undercover agent.

Here are 5 things to know about fake service dogs:

“It’s a shame that some people feel it’s necessary to have fake service dogs,” adds Misseri. “All they are doing is making it harder on those who really do need them and who have professionally trained ones. It costs us $5,000 to train these dogs for veterans, but people are paying $39 online for a certification card and no training. We are severely underfunded in trying to help these vets and things like this are just making it more difficult for the vets who need these dogs.”

“I am outraged once again how veterans have to suffer, shared Jarrett Gimble, a former U.S. Marine who suffers from PTSD and has a service dog. “I recently attempted to go into a dept store and wasn’t granted permission because they believed my ID tags were fake, which caused me stress and was embarrassing.”

Guardians of Rescue has a program called “Paws of War,” where they pair shelter dogs up with veterans suffering from PTSD or other psychological conditions.

PTSD is common among veterans, so much so that it is estimated that around 400,000 of them currently experience it. Animal therapy is an effective treatment method which involves getting veterans around animals, such as getting them a dog. Many veterans have service dogs that help them to cope and be able to function better in public situations.

Filed under: Lifestyle, Pets
Share Tweet Pin G Plus Email
previous article: “Whereabouts of one of the prime suspects in the Benghazi terrorist attack is known”, says Senator Collins
next article: Ministry Of Health To Release Bacteria Free Whey Protein Milk Powder Produts To The Market