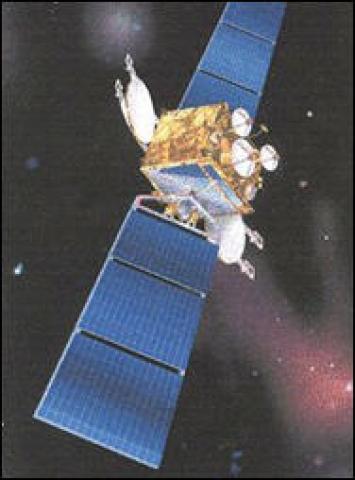 A disabled American spy satellite is rapidly descending and is likely to plunge to Earth by late February or early March, posing a potential danger from its debris, according to media reports. The officials have informed that they had no control over the nonfunctioning satellite and that it was unknown where the debris might land.

Specialists who follow spy satellite operations suspect it is an experimental imagery satellite built by Lockheed Martin and launched from Vandenberg Air Force Base in in December 2006 aboard a Delta II rocket. Shortly after the satellite reached orbit, ground controllers lost the ability to control it and were never able to regain communication.

According to the specalists such incidents occur every few months, and it is often difficult to control the satellite’s trajectory or its re-entry into the atmosphere. The debris, if any survives the fiery descent, typically lands in remote areas and causes little or no harm.

But the concern in this case, however, is that the debris from the satellite may include hydrazine fuel, which is typically used for rocket maneuvers in space.

Much of the fuel on the experimental satellite may not have been used and, should the tank survive re-entry into the atmosphere, the remaining fuel would be hazardous to anyone on the ground. It is likely, however, that the tank may rupture on re-entry, and that the fuel would burn off in a fiery plume that would be visible to the naked eye.

But NASA representative Sergei Puzanoy have informed that the satellite may not lead to any serious consequences on the Earth. He said that some parts of the satellite will be burnt in dense atmosphere and only small parts, for example, the engine unit could fall on the Earth.

Since it was launched, the experimental satellite has been in a slowly decaying orbit. As of January 22, it was moving in a circular orbit at about 275 kilometers above the Earth. In the last month, its orbit has declined by 15 to 20 kilometers. The government is said to be monitoring the satellite that might cause environmental concerns and uncertainty over where it will land.

The has a thick web of billion-dollar satellites monitoring the Earth, some including high-powered telescopes or radars, with the capability to zoom in and help launch precision strikes on enemy targets. The satellite’s impending fall from orbit has given rise to worries that it might leak out highly dangerous substances.

Spy satellites are frequently maneuvered in space, in relatively low orbit, to meet military surveillance needs, requiring them to be tanked up with highly toxic hydrazine fuel, according to specialists. Hydrazine is harmful to the human central nervous system and can be fatal in big doses. However specialists cited that it break down quickly in heat and ultra-violet light.

The largest uncontrolled re-entry by a NASA spacecraft was that of Skylab, the 78-ton abandoned space station that fell from orbit in 1979.

Another Cosmos satellite broke up over the in 1983. Traces of its plutonium were detected in snow falling as far away as the southern state of .

Engineers from the space agency NASA used rockets aboard one satellite to bring it down over the in 2000, and officials believe debris from a disintegrated science satellite fell into the in 2002.