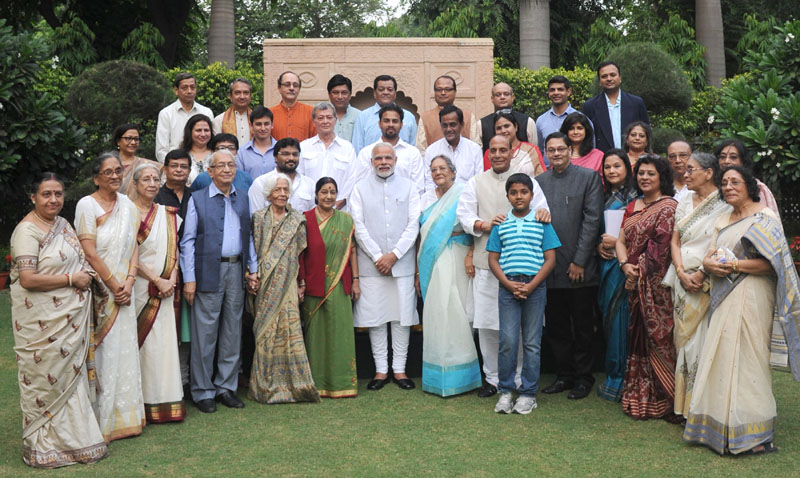 The Prime Minister, Mr. Narendra Modi in a group photograph with the family members of Netaji Subhas Chandra Bose, at 7 Race Course Road, in New Delhi on October 14, 2015.

I see no reason to strangle history. The process of declassification of files relating to Netaji will begin on January 23rd, Netaji’s birthday: Prime Minister

PM: Will take up the matter with other nations also, beginning with Russia in December

The Prime Minister said that he finds the suggestions of the family members of Netaji to be similar to his own thinking and the view of the Union Government. He said he sees no reason to strangle history. He declared that the process of declassification of files will begin on January 23, 2016, the birthday of Netaji.

The Prime Minister also agreed to take up the suggestion to request foreign Governments to declassify files on Netaji available with them. He said he would not only write to them, but also take up the matter during his meetings with foreign leaders, beginning with Russia in December.

The Prime Minister said that those nations who forget history also lose the power to create it. He also shared with the family members some instances of how he had recalled Netaji during his term as the Chief Minister of Gujarat.

“Consider me a part of your family,” the Prime Minister said to the family members of Netaji Subhas Chandra Bose.