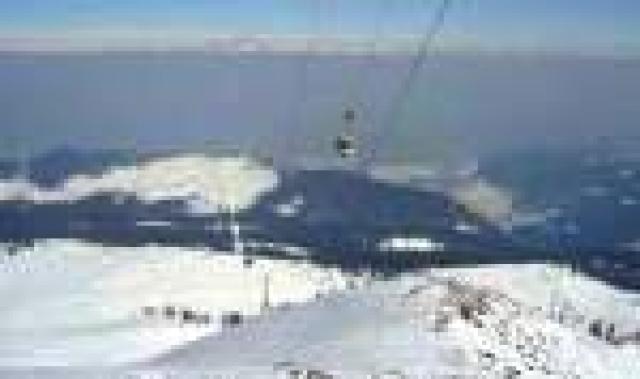 , November 24 (Scoop News) – Among the best tourist destinations in the country, the famous health resort of Gulmarg has pushed its way into the top 10 ski destinations in .

Placed 7th in the coveted list, Gulmarg has been recommended by CNN International as one of the best ski destinations for downhill thrills, which attracts visitors from across the globle.

Appi Kogen, , , tops the list as the best ski resort in Asia, followed by , , also in . The other resorts to find their way in the shortlist are Rusutsu Ski Resort, Hokkaido, Japan, Alpensia Resort, Yongpyong, Gangwon-do and Jisan Forest Resort, Icheon, all in South Korea, Alshan Alpine, in Mongolia, Yabuli, Ski resort, in Heilongjian and Nanshan Ski village, in Beijing, both in China.

CNN International writes that in the 19th Century, Gulmarg was a hill station for British colonies to escape the summer heat. ‘These days, it is a world class ski resort blanketed with fresh light powder from the Himalayas, attracting ski bums tired of Alpine lift queues and fondues,” writes the CNN report.

CNN International further reports that the resort’s claim to fame is the Gulmarg Gandola, the highest ski lift in the world, at a dizzying 3,979 metres. At the top station, skiers can take on challenging runs with , the world’s ninth highest peak, in the backdrop. Around 400,000 intrepid skiers took gondola ride last year, the report adds.

Reacting to the inclusion of Gulmarg among the premier ski destinations in , the Minister of Tourism  Nawang Rigzin Jora, said the Government will soon install all modern facilities required to supplement tourism-related activities in the State. “It is heartening to know that Gulmarg has won international recognition for being one of the best ski resorts. We would like to promote it as well as other equally beautiful places in all the three regions of the State. Gulmarg has the potential to come up as an international convention centre also. We will soon devise a permanent winter calendar to attract domestic as well as overseas visitors to the resort,” the Minister added.

Minister of State for Tourism,  Nasir Aslwam Wani, in his statement, has welcomed the inclusion of Gulmarg among top 10 ski destinations in . He said the Government will further expand scope and nature of tourism-related activities so that it becomes round-the-year affair in Gulmarg. “Chief Minister  Omar Abdullah has prioritized speedy development of infrastructure in Gulmarg, Pahalgam, Patnitop as well as Ladakh region so that these come up to international standards. We are hopeful that in near future, we will be able to add more resorts to the select lists,” he added.

Gulmarg will soon have Wi Fi network to facilitate overseas travelers with high speed internet connectivity. The resort will further be augmented with an 18-hole state-of-the art golf course, which will be one of the highest in the world. Well known as Meadow of Flowers, Gulmarg is also being promoted as heli-skiing destination which has attracted skiing aficionadas from across the world.