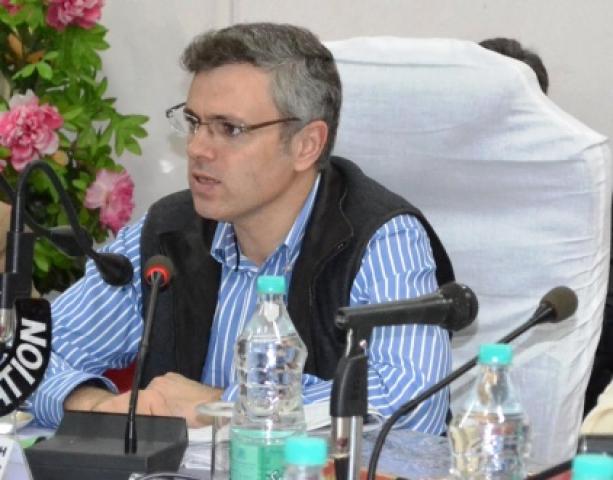 “While the farming activity has been kept out the ambit of tax regime to catapult agriculture production and generate avenues of employment for youth, a multifaceted strategy has been put in place to give fillip to the growth and development of horticulture, animal and sheep rearing and allied sectors”, he said adding that special schemes have been implemented to improve the lot of artisans and revive the glory of world famous Kashmir Handicrafts.

The Chief Minister said that welfare and prosperity of work force has been flagged as an important concern in the State’s development policy and new initiatives have been introduced to provide necessary economic succour to labour class.

Talking to various deputations of farmers, artisans and labour force in his Monday Awami Mulaqat schedule, the Chief Minister said that about 1.5 lakh registered labourers are being provided financial assistance of about Rs. 185 crores out of the cess money collected from various government agencies executing construction of infrastructure in different sectors of development.

The Chief Minister said that death in harness benefit has also been extended to the labour class and ex-gratia relief enhanced from Rs. one lakh to Rs. two lakhs besides increasing minimum wages of unskilled workers from Rs. 110 to Rs. 150, semi-skilled labour from Rs. 150 to Rs. 175 and those of skilled workers from Rs. 200 to Rs. 250. He said the deceased registered worker’s family is now also entitled to monthly pension of Rs. 2250 on the ‘death in harness’ pattern applicable to government employees.

Omar Abdullah told the representatives of workers that their genuine demands pertaining to the welfare of the labour class would be given due consideration. He issued directions to the Labour Department for ensuring hassle-free benefits to the workers sanctioned by the government under different schemes.

The Chief Minister said that government is working on a Rs. 24 crore heritage and cluster development project under which 10 major localities of Sheher-i-Khas (Old Srinagar City) are being developed for comprehensive cluster development of different artisans associated with different handicrafts.

Under the project development of craft clusters in Jamia Masjid, Safakadal, Qamarwari, Idgah, Noorbagh, Chattabal, Soura, Zadibal, Botapora, Shuhama and Kanchan-Peerpora is being also carried on to uplift artisans and provide direct liaison between the tourists and manufacturers.

The Chief Minister said that a comprehensive artisan development programme has also been started in the State where under artisans have been registered to provide various facilities including easy loans from the Jammu and Kashmir Bank. He said 8000 modern carpet looms are being provided to carpet weavers under mega-carpet clusters scheme. Of these 2000 looms are being provided this year.

Omar Abdullah said that his government has got geographical indication from the Government of India for Pashmina, Sozni, Kani-Shawl, Walnut Wood-Carving, Papier Machie and Khatambund adding that this would give impetus to the showcasing of these Kashmir patent handicrafts all over the world and help manufacturers earn substantial remuneration.

The Chief Minister underlined the need of developing new designs and conserving the ancient and heritage ones to strengthen the marketability of the arts and crafts of the State. He said that Handicrafts Development Institute is working on this aspect and has created some innovative designs suiting market trends. He said the Institute is also working on a project to provide Radio Frequency Tags to the Pashmina shawls manufactured in the State and guarantee its purity and genuineness. He said this step would halt the attempts of unscrupulous traders to trade fake shawls. This would also help to standardize the marketing.

The Chief Minister assured the deputations from Chenani, Udhampur, Sudh Mahadev, Anantnag, Pulwama, Tral, Kulgam, Srinagar, Beerwa, Budgam, Ganderbal, Baramulla and those representing different associations of shopkeepers, traders, private school teachers, self-help groups of engineers, students and youth that the genuine demands put forth by them in their representations would be given due consideration. He also gave patient hearing to scores of individuals who brought to his notice their individual problems and sought his intervention for redressal of grievances.

The Chief Minister issued on spot orders on the matters pertaining to urgent public concerns and referred many memoranda to the concerned departments for examination and prompt action.