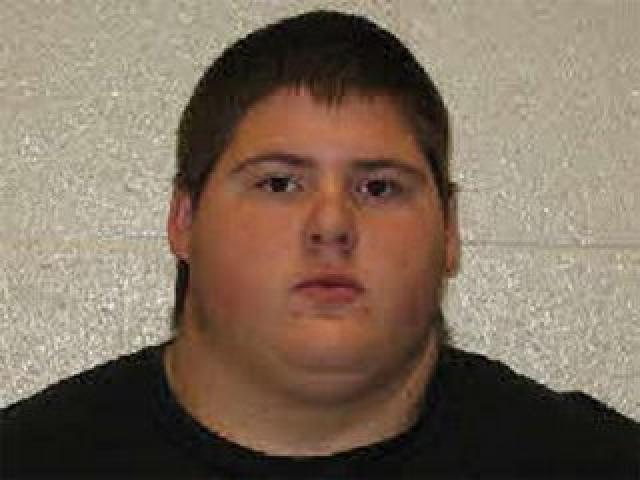 When 19-year-old Brody Laswell entered the Bentonville, Ark. jail, he weighed 413 pounds. Eight months later he’s down to 308 – and he’s not happy about it. Not grasping the reality that he’s housed in an edifice not known for its catering services, he’s suing the county, claiming the jailhouse menu doesn’t provide enough food.

Broderick Lloyd Laswell and Brandon Eugene Lacy confessed to beating and stabbing a man to death and setting his house on fire — then showed police the spot where they disposed of a fireplace poker and knife and burned their clothes. They have been held without bond on charges of capital murder.

The mere 3,000 calories per day that Laswell is served is not enough to prevent him from passing out if he attempts exercise. "On several occasions I have started to do some exercising and my vision went blurry and I felt like I was going to pass out… About an hour after each meal my stomach starts to hurt and growl. I feel hungry again," he said in his complaint.

His suit, which he filed without an attorney, claims he is being starved to death and also asks the county to serve hot meals instead of the cold meals it has served for four years.

No word on when the county will act upon the complaint.