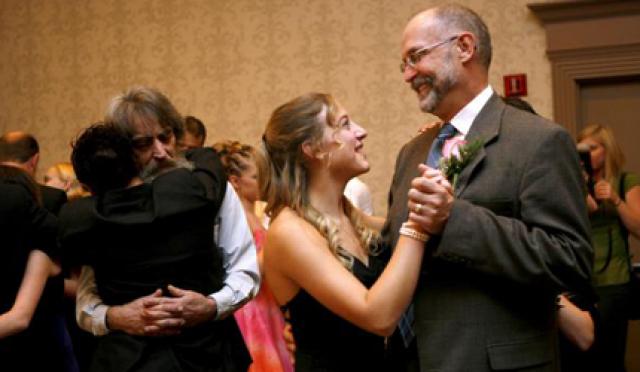 In Colorado Springs this May, college and high school students and girls as young as four years old offered up their virginity into their father’s protection until their wedding day. The formal father-daughter dance known as the Father Daughter Purity Ball, co-founded by Randy Wilson and his daughter in 1998, is meant to reinforce fathers’ responsibilities as role models and protectors. Yet it has no shortage of critics.

Despite the controversy, however, purity balls have spread to 48 states and are ready to be launched abroad. Similar events are held for mothers and sons.

At the balls, fathers pledge to protect their daughter’s purity and to live their lives with integrity. The father-daughter pairs progress down an aisle and the daughter places a white rose beside a cross to signify their promise of, as college freshman Lindsay Anne Schell explains, “devoting your purity to God and to your father.”

Diane Glass of the Knoxville Sentinal is one of many who find the balls disturbing. “I’m not against promoting abstinence. I am against the troubling message at the core of purity balls, a chastity-belt ceremony dressed up as a prom date with Daddy,” she writes.

Glass’s co-columnist Shanti Feldhan, however, urges critics of purity balls to attend one: “I believe they will come away realizing that any movement promoting healthy, strong, caring women who value and respect themselves is something to applaud.”

The effectiveness of such events is up for debate as well. A 2007 study found that government-funded abstinence-only education programs aren’t stopping teenagers from having sex.