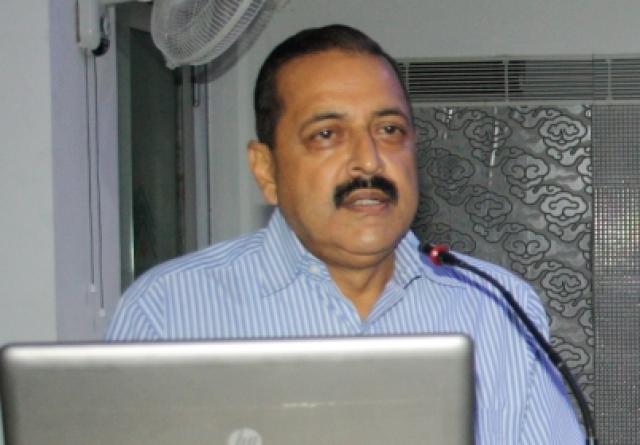 Jammu, February 4 (Scoop News) –Taking strong exception to the fatwa issued by grand Mufti Bashir –ud-din- Ahmed against Kashmir women’s participation in music rock band, BJP State Chief Spokesperson Dr. Jitendra Singh has described it as an attempt at  “Talibanisation”of society by certain fundamentalist groups which are uncomfortable with the return of normalcy in Jammu and Kashmir and want to keep the Kashmir pot boiling for their vested interests. These are precisely the elements which do not want the youth of Kashmir to be a part of national mainstream in a democratic , he said.

Dr. Jitendra Singh also held the National Conference led coalition in the state responsible for such a situation and said that it is because of this government’s appeasement policy towards separatists and militants that fundamentalists feel emboldened to hold out such threats. He alleged that even though the chief minister has distanced himself from this fatwa and denounced it on the twitter, the state government has so far done little to provide security to the young women members of the rock band or to dissuade the fundamentalist groups from holding them to ransom. Experience from the past bears out that on each such occasion, the weak-kneed approach of the government has led to further encouragement of extremists and their designs, he added.

Hitting out at the Congress party which is a coalition partner in the state and also leads the UPA government at the centre, Dr. Jitendra Singh said the Congress party’s silence on the issue puts a question mark on its sincerity in claiming to uphold the rights of women and acting as a champion of their freedom in the wake of Justice Verma report in the aftermath of tragic incident of brutal rape and murder of a Delhi girl.

Dr. Jitendra Singh said that the popular mood in Kashmir valley is in favour of return to peace and the youth of Kashmir looks forward to be a part of ’s march on the road to progress and prosperity to benefit from the fruits of globalisation.