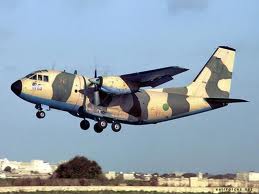 “Sixteen of these aircraft were recently destroyed at Kabul International Airport and sold for scrap at roughly 6 cents a pound; the remaining four are stored at Ramstein Air Base in Germany”, according to SIGAR.

On September 9, 2014 I received the following email from the Director of Public Affairs Special Inspector General for Afghanistan Reconstruction (SIGAR ) regarding an investigation into failed G222 aircraft acquisition program:

Today, SIGAR released two letters related to the failed G222 aircraft program for the Afghan Air Force. In all, the Defense Department spent $486 million for 20 of the Italian-made aircraft, which could not meet operational requirements in Afghanistan. Sixteen of these aircraft were recently destroyed at Kabul International Airport and sold for scrap at roughly 6 cents a pound; the remaining four are stored at Ramstein Air Base in Germany.

One letter, to Defense Secretary Charles Hagel, notes that the watchdog agency is currently conducting an inquiry into the G222 procurement and that the SIGAR review team had anticipated an on-site inspection of the aircraft. It specifically asks that the agency be provided sufficient notice of any change in status of the four surviving aircraft in Germany.

The other letter, to Air Force Secretary Deborah L. James, asks for all documentation related to the destruction of the 16 aircraft stored on the tarmac at Kabul International Airport. This letter notes that after being scrapped by the Defense Logistics Agency, the remains were sold to an Afghan construction company for about $32,000 total. It also questions whether other alternatives that may have salvaged US taxpayers’ investment in the aircraft were considered.

Among other things, the letter asks the Air Force secretary to provide all documentation related to the decision-making process that led to approval for scrapping the aircraft.
Here are links to the letters:

Note: In September 2008, Alenia North America was awarded a USAF contract to upgrade and refurbish 18 G.222s, to be transferred to and used by the Afghan Air Forceand Afghan National Army Air Corps. Ballistic protection, adaptations for serving in the conditions of Afghanistan, and many new avionics systems, including a digital auto-pilot, were installed(at substantial cost t US taxpayers); two aircraft were also configured for VIP transport duties.

In January 2013, the USAF decided not to renew the support contract for the Afghan fleet due to claimed servicability issues and operational difficulties; Alenia responded, stating that the fleet was exceeding the requirements laid out by the USAF, with 10-12 aircraft available for operations against the requirement for six.